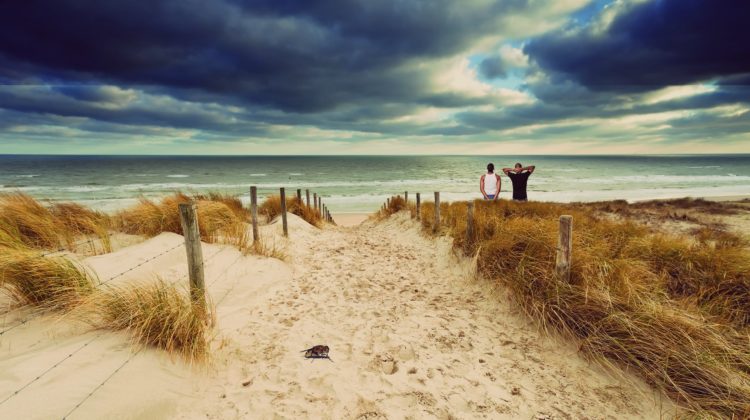 EVANSTON, Ill. — Race, privilege and longstanding tensions collide in an unforgettable family weekend at Martha’s Vineyard in the final mainstage production of the Wirtz Center’s 2016/2017 season.

Northwestern’s Virginia Wadsworth Wirtz Center for the Performing Arts presents “Stick Fly” May 12 to 21 in the Josephine Louis Theater, 20 Arts Circle Drive on the Evanston campus.

Director Duncan says she was attracted to the play by the language, characters, rich connection to African-American culture, race relations and family dynamics. “I think audiences will relate to the universal themes of class inequities, infidelity and intergenerational differences. As a director, I’m looking forward to connecting with Northwestern’s talented students and faculty.”

The play features the affluent, African-American LeVay family at a gathering at their Martha’s Vineyard home for the weekend. Brothers Kent and Flip have each brought their girlfriends home to meet the parents for the first time. As the two newcomers butt heads over issues of race and privilege, longstanding family tensions bubble under the surface and reach a boiling point.

When the play premiered on Broadway in December 2011, playwright Diamond told the New York Times she had set out to write a traditional “well-made” play in the style of Lillian Hellman, with deep family secrets being exposed in surprise revelations and plot twists. Diamond also blends themes of race and black American culture into the lively comedy-drama mix.

“Stick Fly” opens at 7:30 p.m. Friday, May 12, and continues through May 21. Curtain times are 7:30 p.m. Thursdays, Fridays and Saturdays and 2 p.m. Sundays. A post-show conversation will follow the performance Thursday, May 18. There will be no performance on Saturday, May 20. An added performance will be presented on Sunday, May 21 at 7:30 p.m.

For more information about the production or to order tickets, call 847-491-7282, visit the Wirtz Center website or email wirtz@northwestern.edu.