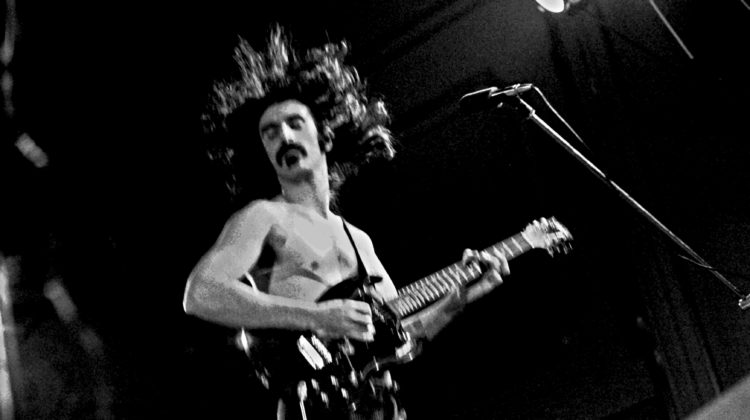 EVANSTON, Ill. — The iconoclastic work of self-taught guitarist and composer Frank Zappa will be performed alongside the work of the innovative French-born composer Edgard Varèse, one of Zappa’s earliest musical influences, in a pair of Memorial Day weekend concerts presented by Northwestern University’s Henry and Leigh Bienen School of Music.

Both concerts are free and open to the public.

Composer Edgard Varèse’s emphasis on timbre, rhythm and emerging technologies inspired a multitude of musicians who came of age during the 1960s and ‘70s, among them guitarist and composer Frank Zappa. This program, conducted by Alan Pierson, Ben Bolter and Taichi Fukumura, includes Zappa’s “Dog Breath Variations/Uncle Meat,” “Pedro’s Dowry” and “G-Spot Tornado” as well as Edgard Varèse’s “Intégrales,” “Ionisation” (featuring the Northwestern University Percussion Ensemble) and “Amériques.” Between ensemble changes, the performance features Zappa as “virtual emcee” through audio recordings in which he discusses his Varèse experiences.

Electronic music pioneer
Although Edgard Varèse only wrote about 12 compositions, he is regarded as one of the most influential 20th century musicians. Born in Paris in 1893, Varèse studied music in Paris and Berlin before moving to the United States in 1915. Influenced by Debussy and Ferruccio Busoni, Varèse’s first American work “Amériques” showcases his boundless ambition. Over the years, he became one of the first composers to blend percussion, electronic music and taped recordings, creating great walls of noise. Varèse’s work, frequently described as “organized sound,” received much attention in the five years before his death in 1965.

Monolith of modern musical talent
Frank Zappa stands alone, a monolith of modern musical talent. Born in Baltimore, Zappa moved frequently as a child due to his father’s work in the defense industry after World War II. His style was a hybrid of rock, jazz and modern music overlaid with satirical and abstractly humorous lyrics. Eventually Zappa joined singer Ray Collins, bassist Roy Estrada and drummer Jimmy Carl Black to form the Mothers of Invention. Their first album “Freak Out!” was a success, spending 23 weeks on the charts. Zappa disbanded his group in 1976 and went solo, continuing an illustrious music career until his death in 1993. He released 62 albums during his lifetime, and the Zappa family trust has released 43 albums posthumously since 1994, for a total of 105 albums. Zappa is an inductee of the Rock and Roll Hall of Fame, and is the recipient of a Grammy Lifetime Achievement Award.

For more information, call the Bienen School of Music Concert Management Office at (847) 491-5441 or visit concertsatbienen.org.