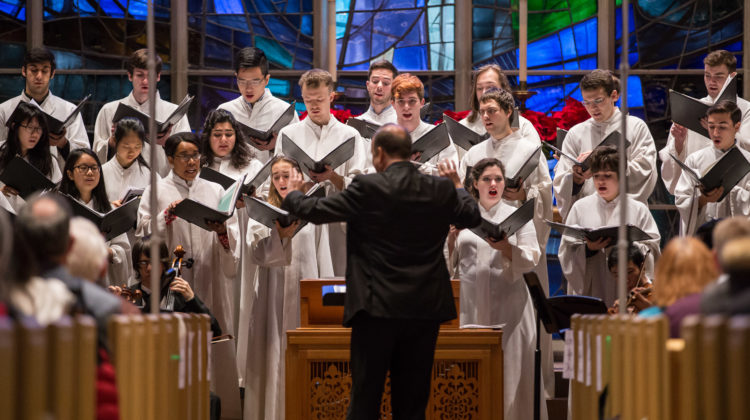 Early Music Festival, hosted by Northwestern University’s Henry and Leigh Bienen School of Music, May 17 to 20 on the Evanston campus.

Spring opera and early music performances are as follows:

The Classical Review praises baritone Croft’s “booming, lustrous voice” and “exemplary clarity.” With title roles ranging from Mozart’s “Don Giovanni” to Tchaikovsky’s “Eugene Onegin,” Croft has appeared in more than 500 performances, establishing himself as a leading artist with the Metropolitan Opera. This season at the Met, he appears as Sharpless in “Madama Butterfly,” Peter in “Hansel and Gretel,” Orest in “Elektra” and Capulet in “Roméo et Juliette.” Tickets are $10 for the general public and $5 for students with valid ID.

Northwestern Opera Theater offers special performances of Handel’s dramatic oratorio “Theodora,” directed by Joachim Schamberger, at Ryan Opera Theater. “Theodora” is a story of love, religious persecution and heroic resolve, based on the story of the fourth-century Christian martyr Theodora. In Roman-occupied Antioch, Theodora and her converted Christian lover, Didymus, endure punishment and sacrifice but remain true to their faith. Although it was not immediately successful following its premiere in 1750, it is now considered one of Handel’s finest works for its sumptuous arias, sublime choruses and brilliant orchestration. Stephen Alltop conducts the Dunbar Festival Orchestra. Tickets are $18 for the general public and $8 for students with valid ID.

• Pre-performance talks will be held prior to each performance of “Theodora”:

This year’s Spring Festival Concert explores two youthful and boldly imaginative works of the young Handel. Stephen Alltop conducts this performance featuring the Alice Millar Chapel Choir and soloists and the Baroque Music Ensemble. The composer’s setting of Psalm 113, “Laudate pueri Dominum,” and his famous “Dixit Dominus” date from 1707, his 22nd year. “Te Deum for the Peace of Utrecht” of 1713 was the first sacred music composed by Handel for his adopted country of England. This event is free and open to the general public; an offering will be accepted.