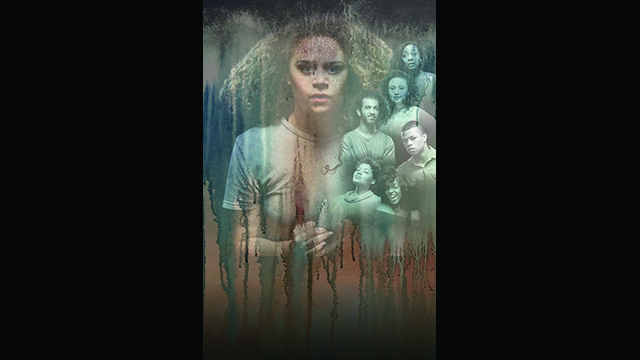 EVANSTON, Ill. — The lyrical and intoxicating story of a young woman’s thrust into womanhood and subsequent fall into the murky waters of life, written by Tarell Alvin McCraney, the Academy Award-winning screenwriter of “Moonlight,” opens Northwestern University’s Wirtz Center for the Performing Arts 2017-18 Mainstage season.

“In the Red and Brown Water” runs Oct. 12 to 29, inaugurating the newly renovated Josephine Louis Theater, 20 Arts Circle Drive on the Evanston campus.

Oya is an African-American teenager growing up in the projects in Louisiana. A high school track star, she has the chance to escape poverty with a full scholarship to college but sacrifices her ambition to stay home and care for her mother. The play explores love and loss through the circumstances and missed opportunities of Oya’s life and also contains great humor and hope. Please be advised this production contains strong language.

“In the Red and Brown Water” is co-directed by Henry Godinez, professor of theater, and Jerrell L. Henderson, adjunct lecturer at Northwestern.

“The play is timeless in its personal insight into Black female bodies and Black masculinity, and its themes are universal, regardless of race,” Godinez said. “The production also highlights how much wonderful Black talent we have at Northwestern now.”

“McCraney’s play was chosen as the centerpiece of the conference because it speaks to the arts in the Black diaspora and fits the conference theme ‘Temporalities and Territories.’ Though the play is set in Louisiana, it draws on religious traditions from the African content, especially Yoruba religion, and captures the way cultural traditions are transformed from one context to another,” Johnson said.

The play makes up part one of McCraney’s acclaimed “Brother/Sister” trilogy, which also includes “The Brothers Size” and “Marcus: or the Secret of Sweet.” McCraney based the plays on traditional Yoruban stories from Africa.

McCraney, born in the Miami area in 1980, earned a BFA in acting from DePaul University and an MFA in playwriting from Yale School of Drama. In 2010, he was invited to join the ensemble of the famed Steppenwolf Theatre ensemble and in 2017 was appointed chair of the department of playwriting at Yale University.

Performance times for “In the Red and Brown Water” are Thursdays through Saturdays at 7:30 p.m. and Sundays at 2 p.m. There are no Thursday performances Oct. 19 or 26.

Single ticket prices for this production are $25 general admission; $22 for seniors (62+) and area educators; $20 for Northwestern faculty and staff; $10 full-time students and $6 advance/$10 at the door for Northwestern students.

Online tickets are available now on the Wirtz Center website. Phone and in-person sales will begin Sept. 19. The box office is located in the lobby of the Ethel M. Barber Theater, 30 Arts Circle Drive.

Box office hours are Tuesdays through Fridays, 10 a.m. to 5 p.m., and Saturdays, noon to 4 p.m. The box office is closed Sundays and Mondays.

For subscription and information on special events related to “In the Red and Brown Water,” visit the Wirtz Center website.