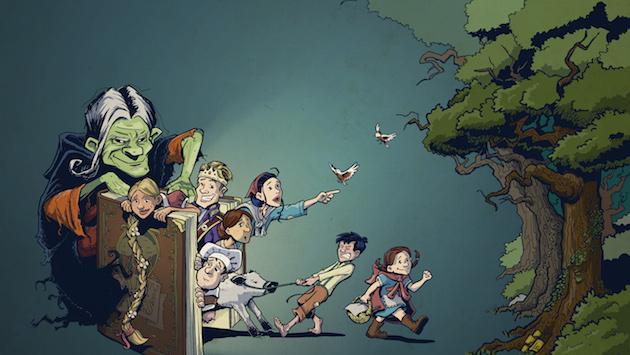 The production runs from July 17 to Aug. 2 as part of the SummerStage 2015 season at Northwestern University’s Virginia Wadsworth Wirtz Center for the Performing Arts. All performances will take place at the Ethel M. Barber Theater, 30 Arts Circle Drive, on the University’s Evanston campus.

The show will be directed by Northwestern alumnus Scott Weinstein, a founding company member and co-artistic director of Buzz22 Chicago, an ensemble-based theatre company.

Featuring Sondheim’s music and lyrics and book by James Lapine, “Into the Woods” tells the story of a baker and his wife, who discover their wish to have a child is threatened by a witch’s curse. Their quest to break her evil spell brings them face to face with Brothers Grimm fairy tale characters that include Cinderella, Little Red Riding Hood, Jack (of “Beanstalk” fame) and Rapunzel. The couple’s fondest wish is granted as they enter the dark, mysterious woods, believing a Happily-Ever-After is in sight. However, when a giant threatens to destroy their village, they are forced to abandon their perfect storybook lives and find a way to write a new ending to their fairy tale.

The two-act production features a Northwestern student cast and live music. It is recommended for audiences 10 years of age and older. The three-hour show includes one intermission.

Tickets are $30 for general public; $27 for seniors over 62 and Northwestern faculty and staff and educators; and $10 for full-time students with valid IDs (at the door) or $5 tickets exclusively for full-time Northwestern students on advance purchase. Discounts are available for groups of eight or more.