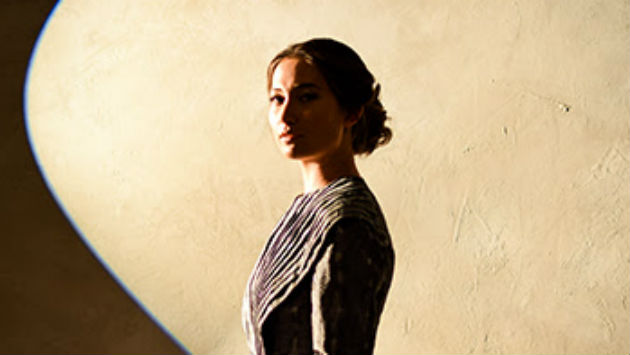 A young woman arrives at an English manor to begin work as a governess, unaware of the dark secrets stirring in the attic in Polly Teale’s adaptation of Charlotte Brontë’s “Jane Eyre.” The production opens Northwestern University’s Wirtz Center for the Performing Arts 2018-19 mainstage season on Oct. 26.

Teale developed this adaptation of “Jane Eyre” with the United Kingdom’s Shared Experience Company, where she is joint artistic director. The company is dedicated to creating theater that combines physicality and text to reveal the inner experience of the characters in the play.

“This unique adaptation is about the violence we do to ourselves under society’s ideas of who we are supposed to be, what our gender is supposed to be and how we are supposed to behave in the world,” Walsh said. “I’m excited about this production because it deals with a young woman and what it means to step into adulthood, which feels incredibly important and potent in this moment in time.”

Charlotte Brontë’s novel tells the story of Jane Eyre, an orphaned child, who is taught by a succession of severe guardians to stifle her natural exuberance. As a result, she locks a part of herself away, out of view from polite society. That is until she arrives at Thornfield Hall to begin work as a governess to the young child of Edward Rochester. Quickly, the wealthy man’s passionate nature reawakens Jane’s hidden self, but darker secrets are stirring in the attic above.

Performances of “Jane Eyre” are Thursdays, Fridays and Saturdays at 7:30 p.m. and Sundays at 2 p.m.

Tickets are available now on the Wirtz Center website, by phone at 847-491-7282 or in-person at the Wirtz Center box office, which is located in the lobby of the Ethel M. Barber Theater, 30 Arts Circle Drive.