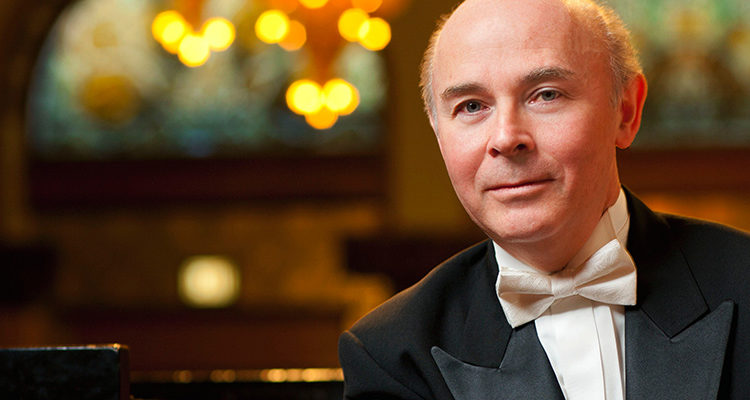 Located in the Galvin Recital Hall.

The Los Angeles Times hails Jorge Federico Osorio as “one of the more elegant and accomplished pianists on the planet.” Osorio has performed with many of the world’s leading ensembles, including the Philadelphia Orchestra, the Seattle Symphony, and the Atlanta, Chicago, Cincinnati, Dallas, Detroit, Milwaukee, and Pittsburgh Symphony Orchestras. A highlight of his long and distinguished career was his performance of all five Beethoven concertos over two consecutive nights with the Chicago Symphony Orchestra. His international honors and awards include Mexico’s Medalla Bellas Artes, the Dallas Symphony Orchestra’s Gina Bachauer Award, and first prize in the Rhode Island International Master Piano Competition. Osorio’s prolific array of recordings ranges from Brahms and Beethoven concertos to music of Mexico and Spain. Part of the Skyline Piano Artist Series.

Franz Schubert, Sonata No. 20 in A Major

All ages. Tickets are $30 for the general public and $10 for students with a valid ID. More Information.