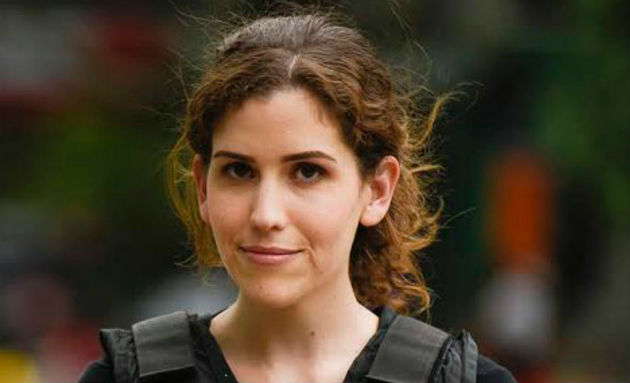 The winner of the 2016 James Foley Medill Medal for Courage in Journalism will be in Evanston next week to describe her experience in covering harrowing events in Venezuela at a ceremony that is open to the public.

Correspondent Hannah Dreier will tell her story as she is awarded the coveted medal at 11 a.m. Friday, Sept. 22, at the McCormick Foundation Center Forum at 1870 Campus Drive on the Northwestern University campus.

She will describe her experience as the sole English-language correspondent for the Associated Press in Venezuela, where she spent months in Caracas, writing about how health care, food scarcity, and education interacted to present frightening challenges for the people of Venezuela.

“I think people will be reading her dispatches in order to understand this huge event for years,” said Medill co-judge and Chicago Tribune investigative reporter David Jackson.

“This is really enduring work, extremely enterprising. In that very dangerous environment, she is sticking her nose everywhere and confronting authorities and going into places where reporters haven’t been,“ he added.

The 2016 Foley Medal is given for work published during the 2016 calendar year to an individual or team of journalists, working for a U.S.-based media outlet, who best displayed moral, physical, ethical, financial, or political courage in the pursuit of a story or series of stories.

In addition to the medal, the winner also receives a $5,000 prize.

Now a reporter for ProPublica, Dreier previously covered California state government and the business of gambling for AP. Her stories have been recognized by the Overseas Press Club, Society of Professional Journalists, ASNE and Livingston Awards. She graduated from Wesleyan University in Connecticut and spent the first years of her career at The San Jose Mercury News.