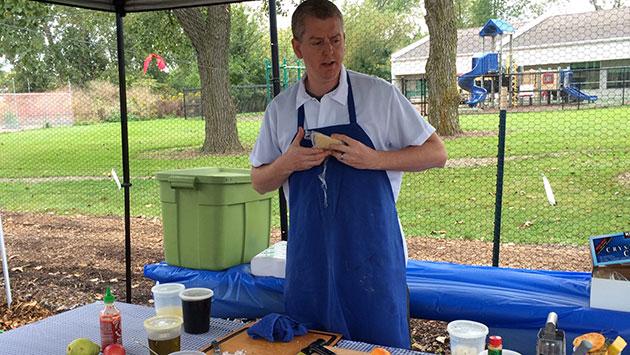 About 250 people turned out Saturday for the fourth annual Hullabaloo at The Talking Farm — sharing a marshmallow roast and food demos by local chefs.

Chefs Brian Huston of Boltwood, Eric Mansavage of Farmhouse Evanston, and Randy Miles of Village Inn Pizzeria showed how to prepare favorite dishes on the farm's 2.3 acre plot behind a pre-school at 3669 W. Howard St. in Skokie. 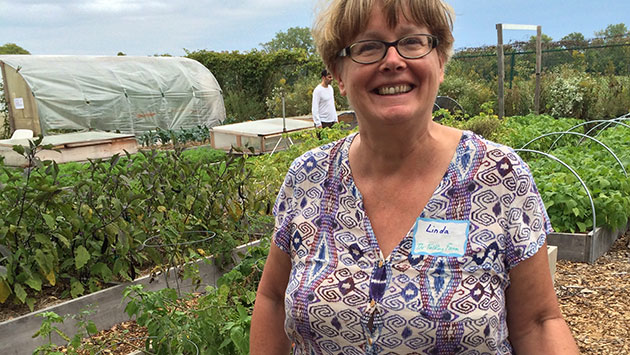 The event also honored Evanston resident Linda Kruhmin, the farm's former manager, who was instrumental in getting the non-profit farm started in 2006. It grew out of a project of the Evanston Food Policy Council. The farm's demonstration garden is being named in Kruhmin's honor.

People were also celebrating the first harvest of crops grown outside the demo garden. Last February TTF received permission from the Village of Skokie to sell its crops, which will go to local restaurants and food pantries.

With the help of Evanston Township High School students, The Talking Farm also manages the Edible Acre Pilot Project across the street from the high school at Davis Street and Dodge Avenue.