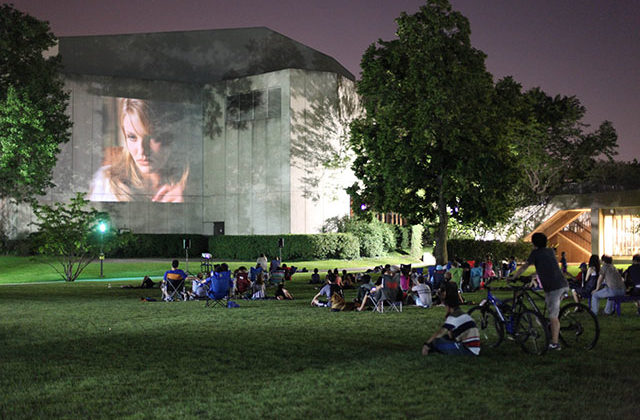 Live music, dancing and a picnic will be available to the public during the “Lunch on the Lake” concert series Wednesdays at noon on the Northwestern University campus. The concerts span a wide range of musical genres from Afro-Cuban jazz to funk and swing.

The school will also be offering  “Summer Cinema” movies and related activity under the stars. Pre-movie programming starts at 7:30 p.m. with the film beginning at dusk. Movies include blockbuster hits “Moana,” “Beauty and the Beast” and “The LEGO Batman Movie.”

“Lunch on the Lake” and “Summer Cinema” are sponsored by Northwestern’s School of Professional Studies and Norris University Center, as part of the Summer Season at Norris.

All concerts begin at noon and take place on the East Lawn of Norris University Center, 1999 Campus Drive, on the Evanston campus.

Free watermelon is available. Concert goers can bring their own lunch or purchase a “Lunch on the Lake” meal for $9.50 (plus tax), which includes an entrée, two sides, dessert and a beverage.  Meals are available from 11:30 a.m. to 1:30 p.m. and feature summertime favorites like BBQ baby back ribs, bratwurst and fried chicken, as well as a vegetarian option. The complete “Lunch on the Lake” menu is available online.

Percussionist, saxophonist, composer and bandleader Johnny Blas and his orchestra play Latin funk and jazz with an Afro-Caribbean groove.

An eclectic ensemble led by Syrian-American vocalist and songwriter Bassel Almadani, Bassel and the Supernaturals combine soul, jazz and funk with lyrics about love, loss, corporate life and the war in Syria.

This eight-piece Chicago jazz band interprets classic styles of the 1920s and 1930s.

Movie goers are encouraged to bring their lawn chairs, blankets, food, beverages (alcoholic beverages are prohibited) and an environmentally-friendly insect repellent. Pre-movie events begin at 7:30 p.m. and films are screened at dusk (around 8:45 p.m.).

As the film’s song says, “Be our guest” for free face painting to look like a princess, a beast or the fantasy character of your choosing, before settling in to watch Disney’s enchanting live-action musical featuring Emma Watson and a star-studded cast. Rated PG.

Enjoy free super ice cream bars before this animated feature by the makers of “The Lego Movie.” Cooler-than-ever Bruce Wayne, a.k.a., Batman, must save Gotham City, while he discovers he has accidentally adopted a teenage orphan who wishes to become his sidekick. Rated PG.

Drive-in-movie snacks will be served before this action adventure film starring Robin Williams, Kirsten Dunst and Bonnie Hunt. When two kids discover and play a magical board game, they release a man trapped for decades in it and a host of dangers that can only be stopped by finishing the game.  Rated PG.

A balloonist will provide entertainment before the screening of “My Life as a Zucchini.” This award-winning animated film tells the story of a young boy who is sent to a foster home after losing his mother. There he begins to learn the meaning of trust and true love. Rated PG-13.

For more information about the Summer Season at Norris, visit the Norris Center website.

In the event of rain, the scheduled concert or film will be moved indoors to the Norris University Center.