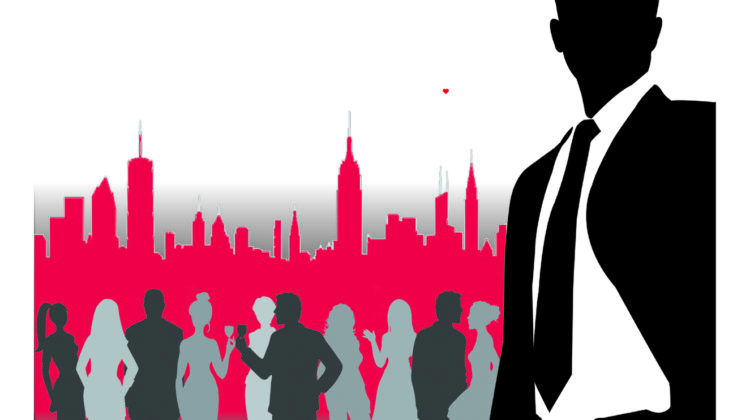 Eli Finkel, Northwestern professor of social psychology and author of the new book “The All or Nothing Marriage,” joins “Company” director William Brown for a conversation about how our expectations of marriage have changed over time. The conversation follows the 7:30 p.m. Nov. 3 opening night performance of “Company.”

“Company,” with music and lyrics by Stephen Sondheim and book by George Furth, premiered in 1970 and earned a record-setting 14 Tony Award nominations, winning six including Best Musical, Best Book of a Musical, Best Original Score and Best Lyrics. The exuberant score includes showstoppers such as “Ladies Who Lunch,” “Getting Married Today” and “Side by Side by Side.”

A trailblazer of the dark-comedy, modern-musical genre, “Company” is structured as a series of vignettes surrounding the 35th birthday of protagonist Bobby and was the first musical to explore adult themes and marriage. Composer Sondheim said, “Broadway theater has been for many years supported by upper-middle-class people with upper-middle-class problems. These people really want to escape that world when they go to the theater, and then here we are with “Company” talking about how we’re going to bring it right back in their faces.”

Chicago director William Brown, who recently directed “Company” for Writers Theatre in summer 2016, relishes the challenge helming Northwestern’s student production.  He believes it makes no difference whether the cast, or audience for that matter, are in their 20s, 30s or older. Everyone can relate to the comfort and constraint of finding themselves in a routine or the surprise of falling in love.

“We all know what it might feel like to be trapped in a sense, like Bobby, and yet he is surrounded by people who love him. Our daily routine, our jobs, taking care of our friends can sometimes get in the way of gaining the courage to look beyond that and explore how we might find love. The freedom and willingness to be open to that process is a fascinating topic to explore,” Brown said.

Performances of “Company” are Thursdays through Saturdays at 7:30 p.m. and Sundays at 2 p.m.

Single tickets are $30 for the general public; $27 for seniors (62+) and area educators; $25 for Northwestern faculty and staff; $10 for students with valid ID; and $6 in advance or $10 at the door for Northwestern students.