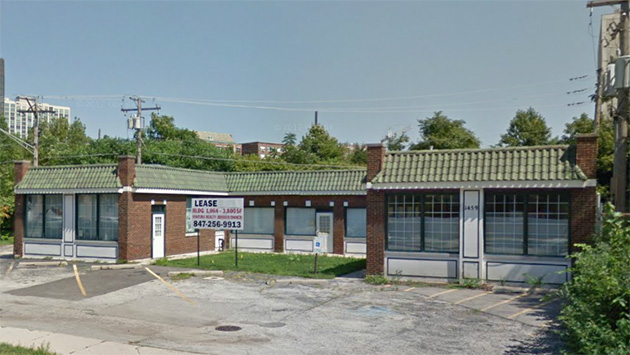 The space, across from the Evanston police station, formerly housed the Simple Gourmet bakery. The building received a facade improvement grant from the city in 2010 to help with building owner Ventura Realty's plans to upgrade the property.

Meez Meals is a service that makes it easier to cook dinner from scratch. The company delivers the ingredients for meals prepped and ready to cook. The onions are diced. The carrots are peeled. The spices are measured. That leaves home cooks, founder Jen Moore says, with just the important part — the cooking.

Meez began operations nearly three years ago in a shared-use kitchen in Chicago and moved to its own commercial kitchen in Evanston in 2012.  This new kitchen more than doubles its space and allows the company to serve families in a 1,000 square mile area around Chicago.

Moore says the new Meez headquarters reflects the company’s commitment to the environment.

It uses salvaged furniture, from the cabinetry in the office to stainless steel tables in the kitchen. Meez has replaced the two portable reach-in freezers in its old facility with an energy saving walk in, estimated to save hundreds of dollars a year in electricity costs.

Purchasing all food in bulk, Meez also works with food vendors who make deliveries to Meez in reusable packaging. Meez donates leftover ingredients to local charities and food banks each week, and is in the process of setting up a compost program so all their wastes goes back to the earth.

She says she chose the location on Elmwood largely for its proximity to public transit, which most of the company's 20 full- and part-time employees use to come to work.

In addition, Meez is a virtual workplace, allowing its non-kitchen employees to work from home, reducing the need to heat, cool, and equip a large office.

“We are growing rapidly and needed a new facility that would allow us to serve more families. As we designed the new space, it was only natural that we incorporate common sense features which would make our business even greener,” Moore said.

Moore says meals under the company's plan average $8 to $12.50 per serving, and there’s no commitment.  Members order meals when they like.  Meals are healthy, packed with whole grains and power veggies, and Meez welcomes vegetarian, vegan and gluten-free diets, as well as members with allergies.