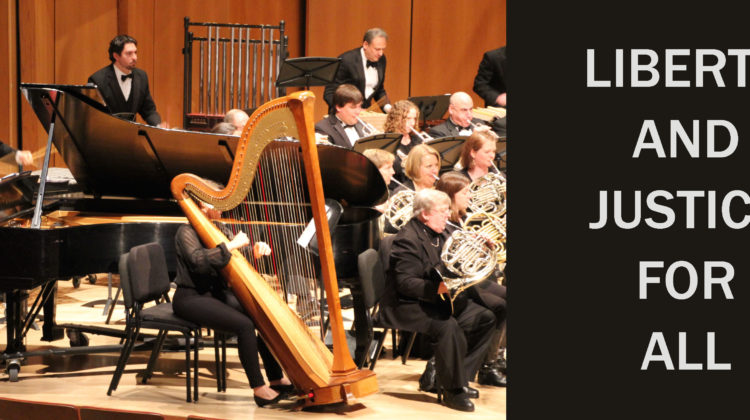 The Northshore Concert Band pays tribute to the 150th anniversary of the Civil Rights Act of 1866 on April 17 with a concert Liberty and Justice For All.

This program is dedicated to the men and women who led and continue to lead the fight for equality. It features two moving musical tributes to the Civil Rights Movement.

The first, Adolphus Hailstork’s American Guernica, was composed in memory of the four young girls killed in the bombing of the 16th Street Baptist Church in Birmingham, Alabama on Sept. 15, 1963.

Mark Camphouse’s tribute to Rosa Parks and her peaceful and dignified act of defiance in A Movement for Rosa. Born in Oak Park, Illinois, this composer-conductor received his formal musical training at Northwestern University.

The concert will be held at 3 p.m. on Sunday, April 17, at Pick-Staiger Concert Hall, 50 Arts Circle Drive in Evanston.