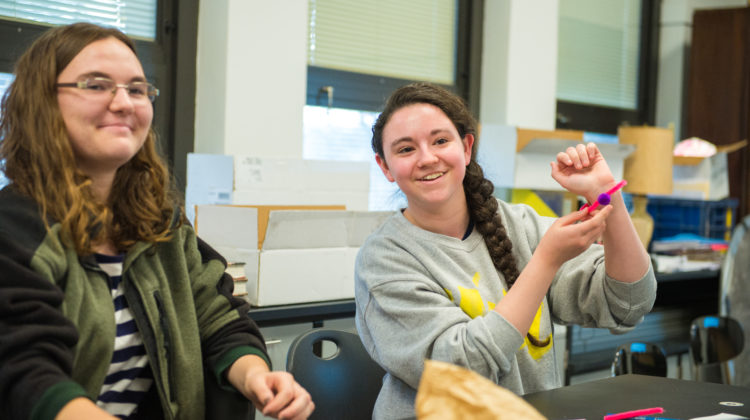 Approximately 120 students who identify as female and a host of volunteers from both Northwestern and ETHS plan to attend the daylong event on Wednesday, April 12 at Norris University Center on Northwestern’s Evanston campus.

ETHS senior Shirine Marzouki and ETHS teacher Genae McAlpin will lead the programming for the day, which is built around four thought-provoking and interactive sessions on topics such as microaggression and stereotypes, feminism and gender identity.

Students will be asked to think about questions such as “what does women’s empowerment mean to me?” and reflect on how they feel when they hear statements like “act like a man” and “be ladylike.”

“Women’s empowerment is an important conversation to have with students, and it has to be intersectional,” said conference organizer Kristen Perkins, the Northwestern/ETHS partnership coordinator in the Office of STEM Education Partnerships.

Women from Northwestern and staff from the high school will talk with the students and share their personal perspectives. But they are also tasked with listening and making sure the students feel heard, valued, and understood, said Perkins.

As part of its commitment to equity, ETHS has hosted a variety of identity and social consciousness programs. Increasingly, the Northwestern community has worked to support and partner with the high school to expand the effort.

Northwestern Professor Alejandro Carrion and a group of undergraduate students assisted ETHS’ LatinX Leaders in organizing and running the 2017 LatinX Summit, which Perkins called “a great model to replicate.” At the South Asian & Middle Eastern (SAME) Summit, a group of Northwestern students spoke on a college student panel.

The Women’s Empowerment Conference is hosted by Northwestern’s Office of Stem Education Partnerships in the School of Education and Social Policy and the Northwestern/ETHS Partnership Office. Additional support comes from Evanston Township High School and the Evanston Public Library.