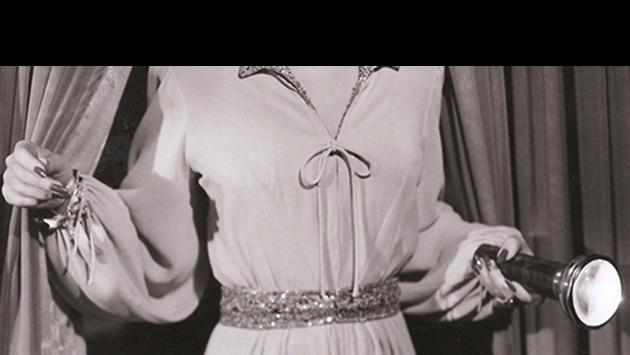 Northwestern University Block Cinema series presents the double feature films, "Underworld" and "It" on Saturday, Jan. 25, at the James B. Pick and Rosalyn M. Laudati Auditorium at the Mary and Leigh Block Museum of Art.

“Underworld” (Josef von Sternberg, 1927, United States, 35mm, 81 minutes) was recent Austrian emigre Josef von Sternberg’s breakthrough American film. A silent masterwork, it’s a gritty depiction of Chicago’s mob world and those caught in its tangled web. Shocking in its day, the film is widely considered to have inspired the gangster film genre. “Underworld” co-stars Evelyn Brent as “Feathers,” a gangster’s moll who comes between two kingpins. A leading player in the 1920s, Brent remains largely forgotten today. Sternberg cast her in three of his films and her beauty was also captured by Steichen in a stunning portrait made the same year the film was released.

Immediately following will be, “It” (Clarence Badger, 1927, United States, 35mm, 72 minutes). Clara Bow may be best remembered as a cultural icon — the celebrated “It Girl” of the 1920s — but, as demonstrated in this “namesake” film, she was also a talented performer with deft comedic skill. She did, of course, really have “it” — a magnetic presence and sex appeal — which is taken full advantage of in this entertaining romantic comedy. The story about a department store salesgirl who has her sights set on the boss is simple, but allows for a series of misunderstandings that complicates and threatens their relationship even before it begins. Director Clarence Badger keeps things moving with a brisk pace and plenty of humor. “It” is ultimately a showcase for Bow, whose beauty, moxie and charm all shine through.

Unless otherwise noted, general admission to Block Cinema is $6 for the general public or $4 for Block Museum members, Northwestern faculty, staff and students, students from other schools with valid IDs and individuals 65 and older. Quarterly passes are $20. Tickets are available one hour before show time. For more information, call the Block Cinema Hotline at (847) 491-4000 or visit here.