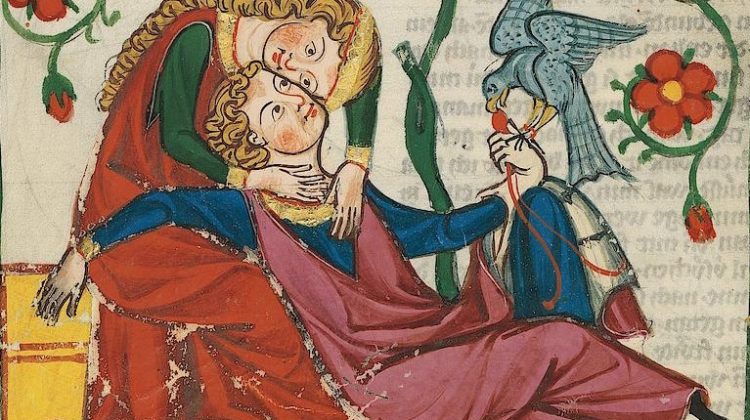 Celebrate Valentine’s Day in grand fashion with The Newberry Consort, which will present “The Passion of Héloïse and Abélard,” a concert of medieval love songs inspired by one of history’s great love affairs at Northwestern’s Galvin Recital Hall on Sunday, Feb. 18 at 3 p.m. Tickets are $40 to $50.

Pierre Abélard was a 12th century French poet, philosopher and scholar who fell in love with his student, the brilliant and beautiful Héloïse. Forced to separate, the lovers communicated by letter for decades, and today their correspondence gives us a glimpse into one of history’s great love stories.

In this sumptuous production, two costumed actors, Jeff Strauss and Northwestern student Helena Scholz-Carlson, will portray the medieval lovers, reading their letters, some newly-discovered and translated by Barbara Newman. The Consort will perform 14th century music and poetry in the courtly love tradition including music by Guillaume de Machaut, Baude Cordier, Jacob de Senleches and others.