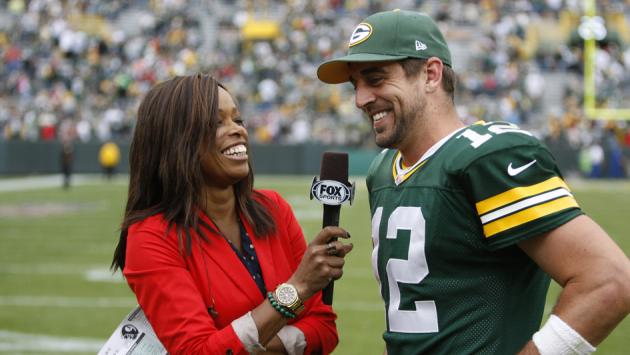 The state of sports journalism today, the advantages and disadvantages women face in the media and the perceptions they must overcome will be addressed during “The Female Voice in Sports Media,” the fifth installment of the “Beyond the Box Score” lecture series hosted by Medill and Northwestern Athletics.

The event will take place at 5 p.m. on Tuesday, Feb. 17, at the McCormick Foundation Center Forum, 1870 Campus Drive, in Evanston.

More than 40 years after its birth, the impact of Title IX legislation can be seen in the vast number of women participating in sports compared to a generation ago. Likewise, there has been a rise in the number of female journalists who cover sports, with the fight for equality of access to the press box and locker room not unlike the fight for equal access to the playing field.

Each panelist has her own story, but there are countless others that need to be told. That is why, to coincide with the event, Medill students profiled a collection of women in sports media, many of whom are Northwestern alumni. The stories, hosted in an online collection on Medium, launched earlier this month and will continue to be published leading up to and following the event.

Rachel Nichols serves as the sole sports anchor at CNN, where she contributes exclusive reporting, commentary and analysis on the biggest sports stories across the network. Prior to joining CNN and Turner Sports in January 2013, Nichols spent nine years at ESPN, where she was a correspondent for SportsCenter, NFL Countdown, NBA Countdown and E:60.

Pam Oliver joined the NFL on FOX team in 1995. She contributes feature stories and sideline reports for the NFL on FOX, FOX NFL SUNDAY and FOXSports1. She also contributes to Turner Sports’ coverage of the NBA playoffs. Before working at FOX, she was a reporter at ESPN. Oliver graduated from Florida A&M University.

Cari Champion is the host of ESPN2’s First Take, starring featured commentators Skip Bayless and Stephen A. Smith. In October she debuted as a correspondent for E:60, profiling Carolina Panthers quarterback Cam Newton. Before she joined ESPN in 2012, Champion worked on-air at the Tennis Channel. She graduated from UCLA.

Cassidy Hubbarth is an anchor on ESPN’s SportsCenter and hosts NBA Tonight on ESPN2. She joined ESPN in 2010 as a studio anchor and host for college football and basketball on ESPN3. Prior to ESPN, Hubbarth was a host and reporter at the Big Ten Network and Fox Sports South.

Moderator Christine Brennan is an award-winning USA Today sports columnist, best-selling author and commentator for ABC News, CNN and PBS. She was the first female sports journalist at The Miami Herald, the first woman to cover the NFL for The Washington Post and the first president of the Association for Women in Sports Media.

ABOUT “BEYOND THE BOX SCORE”

ABOUT ONE BOOK ONE NORTHWESTERN

This year’s Beyond the Box Score lecture is partner programming with One Book One Northwestern and its 2014–15 selection “Whistling Vivaldi.” The book, written by Claude Steele and published in 2010, explores the ways stereotypes can undermine the performance of the people they target.