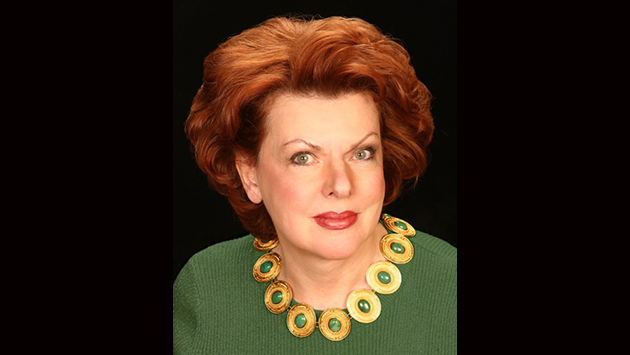 “Dialogues of the Carmelites,” based on the true story of the martyrs of Compiègne, runs Feb. 23 to 26, and “The Tender Land,” the story of a young farm girl who falls in love with an itinerant worker, runs May 18 to 21.

Both operas will be performed in English and presented at Cahn Auditorium, 600 Emerson Street on the Evanston campus.

Francis Poulenc’s opera, based on a 1949 screenplay by Georges Bernanos, is the true story of the martyrs of Compiègne, guillotined in Paris in 1794 for refusing to renounce their vocation. Amid the chaos of the French Revolution’s Reign of Terror, the timid Blanche de la Force enters a Carmelite convent to withdraw from the world, only to find that she must confront her fears in the ultimate test of faith. The production will be performed in English, in keeping with the composer’s wish that the opera be performed in the vernacular of the local audience. Poulenc’s music explores a wide range of styles, from homage to 1940s film scores to the haunting medieval sound of liturgical chant.

Joining the Northwestern University Opera Theater in the role of the Old Prioress is special guest mezzo-soprano Joyce Castle, known for her leading roles in contemporary opera by composers ranging from Bernstein to Wagner. Over the course of her career, she has made numerous appearances with the Metropolitan Opera and performed with New York City Opera, Lyric Opera of Chicago, Chautauqua Opera, Santa Fe Opera, Houston Grand Opera and Central City Opera, among many others. This production marks the first time Castle has sung the role of the Prioress in Chicago.

“To step into the world of this small community of Carmelites at the time of the French Revolution — to be a part of this heart-rending and true story — is something very, very special,” Castle said. “Each character, each role, each member of the ensemble feels the impact of this story. I am truly honored to be coming to sing the role of the Old Prioress with the Northwestern singers, a role I have sung in five productions. It is always new to me.”

Director Michael M. Ehrman’s credits include critically-acclaimed productions at the Houston Grand Opera, Greater Miami Opera, Wolf Trap Opera, Boston Lyric Opera, Minnesota Opera, Chautauqua Opera and Chicago Opera Theater. His Bienen School production of the fully-staged Chicago premiere of Jake Heggie’s “Dead Man Walking” was cited in the Chicago Tribune and Chicago Classical Review “Best of 2015” lists. He has staged more than 20 productions for Central City Opera, including the 50th anniversary production of the “Ballad of Baby Doe” and the world premiere of Henry Mollicone’s “Gabriel’s Daughter.” He also directed “Noye’s Fludde” by Benjamin Britten for the Chicago Symphony Orchestra. Other recent directing projects include “The Magic Flute” for the Ravinia Festival and “La bohème” for the Orquesta Sinfónica Nacional in the Dominican Republic.

Educated in the musical tradition of Rome’s Conservatory, conductor Emanuele Andrizzi has collaborated with the Lyric Opera of Chicago, Chicago Opera Theater, Orchestra della Città di Ravenna, Chicago Philharmonic, Salt Creek Ballet and New Philharmonic, as well as festivals including Grant Park and Ravinia. Conductor and head of the orchestra program at Roosevelt University’s Chicago College of Performing Arts, he often collaborates with young artist and university music programs and is a frequent guest conductor at the Bienen School of Music. His past Northwestern University Opera Theater conducting credits include Mozart’s “Così fan tutte” and “Le nozze di Figaro.”

Tickets for Northwestern University Opera Theater productions are $18 for the general public and $8 for students with valid ID. Tickets are available on the Concerts@Bienen website, by phone at 847-467-4000 or by visiting the ticket office at Pick-Staiger Concert Hall, 50 Arts Circle Drive, Evanston.