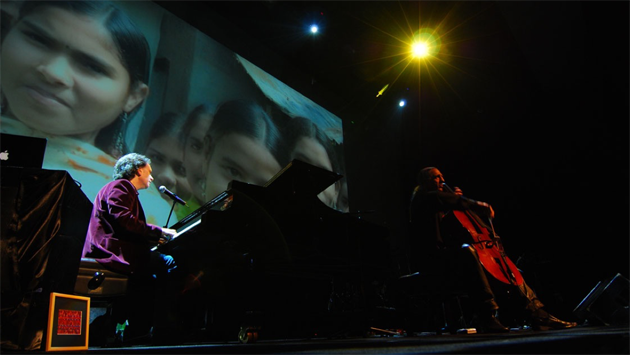 Peter Buffett is an Emmy Award–winning musician, composer, philanthropist, and author. He has received critical acclaim for his Native American-inspired music, most notably composing the score for “500 Nations,” a CBS miniseries produced by Kevin Costner. Buffett’s theatrical production, “Spirit—The Seventh Fire,” was performed on the National Mall for the Smithsonian’s opening of the National Museum of the American Indian.

Buffett’s book, Life Is What You Make It, has been translated into over 15 languages and has sold nearly half a million copies worldwide. Described by President Bill Clinton as “a wise and inspiring book that should be required reading for every young person seeking to find his or her place in the world,” Life Is What You Make It is about following one’s passions over conventions, taking up the reins of your destiny, and living life to the fullest.

To bring the message of the book alive, Buffett has created a live music event that incorporates personal stories, photos, and video to give the audience an authentic, inspirational, and impactful evening. Using his own life story and experiences, Buffett ultimately conveys that it’s one’s values that shape and define us as individuals.