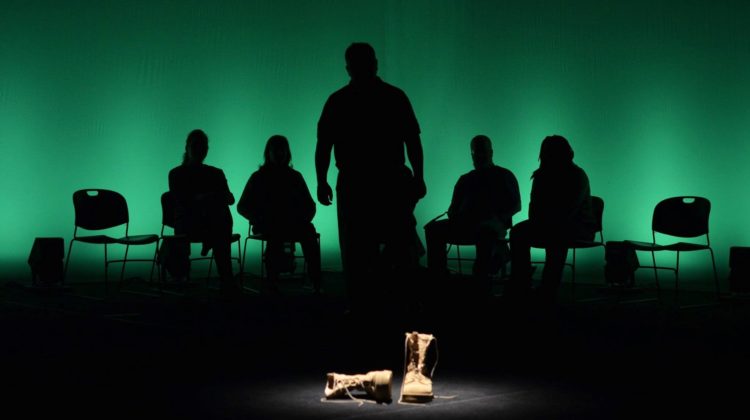 Piv​en Theatre will host the Illinois premiere of the nationally recognized The Telling Project, which has been performed in more than 20 other states with glowing revues from The New York Times, Huffington Post and the Associated Press.  Past performances have been held at Lincoln Center, the Library of Congress as well as at Yale and Stanford Universities and now Evanston’s own Piven Theatre.  The goal of these performances is to strengthen communities by building bridges of understanding between civilian community members and those who have served.

Veterans are admitted free for all seven performances taking place October 11-14 and October 19-21. Tickets are $20 general admission. The October 13 Benefit Performance is $50 and will include a dessert reception.

The first ever Illinois performances are made possible by three unique nonprofits: the Naomi Ruth Cohen Institute for Mental Health Education at The Chicago School of Professional Psychology, the Piven Theatre and The Telling Project which is based out of Austin, Texas. This collaborative project is partially funded by the Evanston Arts Council in partnership with the City of Evanston and the Illinois Arts Council, a state agency.  Area veterans share their very personal experiences of putting their lives on the line for our country and coming home to loved ones and communities that often could not fully understand the many ways that military service changes one’s life.

Award-winning director and current Northwestern MFA candidate, Alex Mallory, is the director. She has previously directed productions of The Telling Project at Stanford University and in New York City, and is the recipient of the Louis Sudler Prize in Creative Arts.