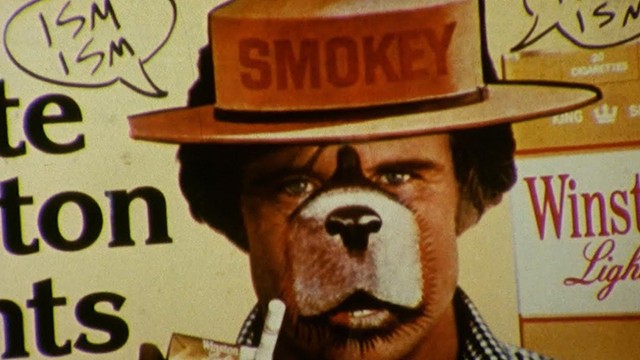 The Block Museum of Art at Northwestern University will bring the groundbreaking film program “Ism, Ism, Ism: Experimental Cinema in Latin America (Ismo, Ismo, Ismo: Cine experimental en América Latina)” to Evanston Oct. 3 to Nov. 16 in partnership with four venues in Chicago. All film programs are free and open to all. The complete schedule is available on The Block website.

Curated by filmmakers and critics Jesse Lerner and Luciano Piazza, the program introduces U.S. audiences to a selection of rare cinematic works in combination with resources to foster understanding and discussion regarding the history and aesthetics of the films. The series explores a wealth of materials culled from the forgotten corners of Latin American film archives as well as extraordinary recent productions from across the continent.

The program is presented by Block Cinema, the museum’s free quarterly screening series, which is dedicated to highlighting the diversity of voices and practices in the media arts field. “Ism, Ism, Ism” runs in conjunction with the exhibition “Pop América:1965-1975”,Sept. 21 to Dec. 8 at The Block Museum, 40 Arts Circle Drive on Northwestern’s Evanston campus.

“Encompassing work from more than a dozen countries and surveying more than eight decades of filmmaking, this program promises to profoundly reshape the way we understand the history of artists’ cinema,” said Michael Metzger, The Block Museum Pick-Laudati Curator of Media Art. “‘Ism, Ism, Ism’ engages communities too often excluded from the discussion around, and making of, experimental films, offering encounters that can be transformative for a new generation of artists, scholars and filmgoers.”

“Ism, Ism, Ism: Experimental Cinema in Latin America” was organized by Los Angeles Filmforum as part of The  Getty Foundation’s “Pacific Standard Time: LA/LA” project, a large-scale initiative supporting Latin American-themed exhibitions across art institutions throughout Southern California. The project was a far-reaching and ambitious exploration of Latin American and Latinx art in dialogue with the city of Los Angeles. After touring extensively in Los Angeles, New York, Mexico City and Medellín, Columbia, The Block will present the first showing of these rare films in Chicago.

“I’m very much looking forward to sharing ‘Ismo, Ismo, Ismo’with audiences in my hometown of Chicago,” said curator Jesse Lerner. “The film series is the result of a collaborative effort of nine researchers from nine different countries, offering a survey of the rich and little-known history of experimental media arts in Latin America.”

“To achieve the transformative potential of programs like “Ism, Ism, Ism,” they need to be seen by diverse communities of viewers and makers — particularly in Chicago, where a network of galleries, museums and cinemas has emerged to meet the demand of audiences hungry for creative approaches to representation and inclusion,” Metzger said.

The Block will host five programs from the “Ism, Ism, Ism”series at its cinema at Northwestern University in Evanston, and will co-present another six programs at venues around Chicago, partnering with ACRE Projects in Pilsen, Comfort Station in Logan Square, filmfront in Little Village and the Nightingale Cinema in Wicker Park.

“The Block’s commitments to presenting work across time, culture and media, and to rewriting the history of artistic modernism with a global perspective, make it an ideal institution to spearhead the presentation of ‘Ism, Ism, Ism’in the Chicago area,” said Lisa Corrin, The Block Museum of Art Ellen Philips Katz Director.

“We are proud to be partnering with four of the city’s most exciting independent screening venues for this presentation. These venues share The Block’s dynamic and inclusive approach to programming, one which responds to the needs and interests of the communities they serve,” Corrin said. “By taking the mission of The Block beyond its walls, we seek to foster dialogue and inspiration throughout the city, and to play a leading role in shaping new, more expansive understandings of media history and culture.”

“I’m thrilled that Nightingale can take part in bringing the ‘Ism, Ism, Ism’ program to Chicago,” said Emily Eddy, co-curator of Nightingale Cinema. “This program is incredibly vast, wide-ranging in content and under-seen, so it’s important for us to reach as large of an audience as possible. Screening at different locations around Chicago will both increase the program’s audience and bring this exciting series to community-building screening spaces.”

The “Ism, Ism, Ism” program schedule is as follows:

Lead support for “Ism, Ism, Ism” is provided through grants from the Getty Foundation. Significant additional support comes from the Andy Warhol Foundation for Visual Arts, the National Endowment for the Arts and the Mike Kelley Foundation for the Arts. Pacific Standard Time is an initiative of the Getty. The presenting sponsor is Bank of America.