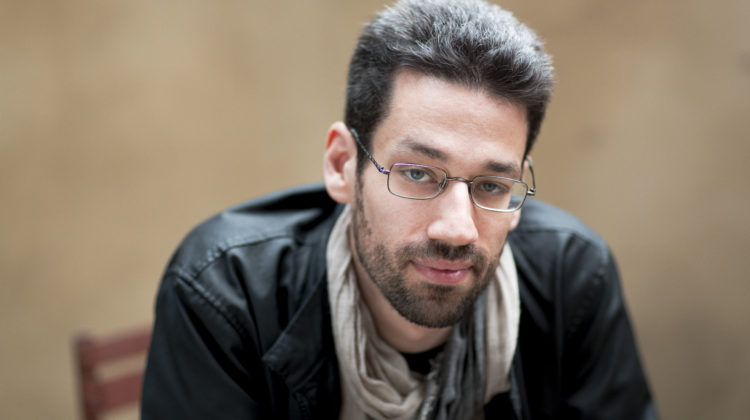 The series takes full advantage of the exquisite acoustics and remarkable Chicago skyline views of the school’s premier recital venue, the Mary B. Galvin Recital Hall, in the Patrick G. and Shirley W. Ryan Center for the Musical Arts.

All concerts begin at 7:30 p.m. at 70 Arts Circle Drive on the Evanston campus.

Hailed by the Los Angeles Times as “one of the most elegant and accomplished pianists on the planet,” Jorge Federico Osorio is lauded for his powerful technique, vibrant imagination and wide variety. His recordings range from Brahms and Beethoven concertos to music of Mexico and Spain. In 2010 he performed all five Beethoven concertos over two nights with the Chicago Symphony Orchestra. Since then, he has performed nationwide receiving honors ranging from the Dallas Symphony Orchestra’s Gina Bachauer Award to first prize in the Rhode Island International Master Piano Competition. Osorio will perform Beethoven’s “Moonlight” Sonata, Book II of Debussy’s “Preludes” and Schubert’s Sonata No. 20 in A Major.

Sergei Babayan will open the American Liszt Society’s annual festival, hosted this year by the Bienen School of Music. He regularly performs with the world’s foremost orchestras, including the Cleveland Orchestra, the Warsaw Philharmonic, the New World Symphony and the London Symphony Orchestra. His program will feature works by Liszt and his contemporaries.

Seven-time Grammy Award winner Emanuel Ax is one of the most sought-after pianists performing today. Ax has garnered numerous accolades for his solo and chamber releases, including a series of Grammy-winning recordings of the Beethoven and Brahms cello-piano sonatas with Yo-Yo Ma. This season, he will premiere two newly commissioned works – HK Gruber’s Piano Concerto with conductor Alan Gilbert and the New York Philharmonic and Samuel Adams’ Schubert-inspired Impromptus. The latter will be featured in this concert, part of Ax’s first Bienen School residency as winner of the 2016 Jean Gimbel Lane Prize in Piano Performance. His program will also include Schubert’s Four Impromptus (D. 935) and Chopin’s Impromptus Nos. 1 and 2 and Sonata No. 3 in B Minor.

Single tickets are $30 for the general public and $10 for students with a valid ID. Tickets are available on the Concerts@Bienen website, by phone at 847-467-4000 or by visiting the Pick-Staiger box office at 50 Arts Circle Drive on the Evanston campus.

Full and partial series subscriptions are available and include a variety of benefits. For more information, call the Bienen School of Music concert management office at 847-491-5441 or visit the Concerts@Bienen website.