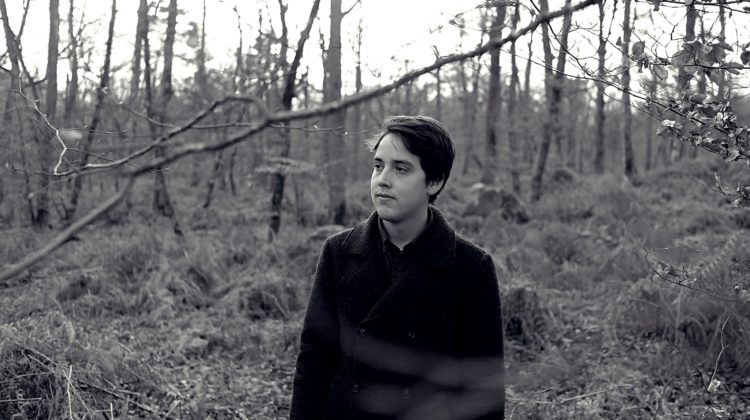 “Galvin Hall is an ideal venue to experience the intimate sound of plucked instruments and further enhances the concert-going experience of our audience. This year we bring back some our favorite performers from past seasons and the winner of the Guitar Foundation of America’s International Guitar Competition,” said Anne Waller, Segovia Classical Guitar Series director and a senior lecturer in music performance at Bienen.

“Our first season coincided with the 100th anniversary of the birth of the great Spanish guitarist Andrés Segovia, and for 25 years has showcased both established and emerging artists from around the world, bringing their teaching skills and performance artistry to Northwestern and Chicago-area audiences. The series also has showcased musical and creative genres that intersect with the classical guitar repertoire, including flamenco dance companies, Brazilian ensembles, a Chinese pipa virtuoso and one of the world’s greatest sitar players, as well as artists performing on the Renaissance lute, the Baroque lute, the vihuela and the Baroque guitar.”

The 2017/18 series performances are as follows:

Acclaimed for his limitless technique, vast repertoire and deep musical expression, Finnish guitarist Timo Korhonen made his debut at the age of 14 and began his international career at the age of 17 when he became the youngest winner of the guitar category in the ARD competition in Munich. Since then, Korhonen has performed in more than 30 countries and has appeared with orchestras conducted by Esa-Pekka Salonen, Sakari Oramo, Joseph Swensen and Leif Segerstam, among others. Korhonen’s recordings have earned several awards, including the celebrated Cannes Classical Award in 2003. Conductor/composer Salonen said of Korhonen, “He is someone who absolutely cherishes new challenges, and he is deeply committed not only to expanding the repertoire of his instrument but also pushing himself musically beyond previous limits.”

Classically trained on violin and guitar and self-taught as a lutenist, British artist Nigel North has embraced both performing and teaching during his career. A former faculty member of the Guildhall School of Music & Drama in London and the Hochschule Für Musik Hanns Eisler Berlin, he currently teaches in the Early Music Institute at the Indiana University Jacobs School of Music and has published a comprehensive guide for playing the lute (Faber 1987). North also was a founding member of Romanesca, and the ensemble performed 17th century repertoire for more than a decade, winning several international awards for their recordings. A passionate proponent of J.S. Bach, North produced the four-volume CD series “Bach on the Lute.” Recent recording projects include Robert Dowland’s “A Musical Banquet” with soprano Monika Maunch (ECM 2008), “Lute Songs” with tenor Charles Daniels (ATMA 2007) and the “Lute Music of Robert Johnson” (Naxos 2010).

Winner of the 2016 Guitar Foundation of America’s Rose Augustine Grand Prize, Minnesota-born classical guitarist Xavier Jara began playing guitar at age 12, and by age 15, he was studying with Alan Johnston at the MacPhail Center for Music in Minneapolis. He moved to Paris in 2011 to study with Judicael Perroy for six years. During that time, he completed his bachelor’s degree at the Conservatoire National Supérieur de Musique de Paris where he also studied with French guitarist Olivier Chassain and lutenist Eric Bellocq. Jara has taken first prize in numerous competitions including the Andrés Segovia Competition in Germany, the Boston GuitarFest, the International Guitar Competition of Portugal and the Sinaia International Guitar Competition in Romania.

Classical guitarist David Russell has awed audiences the world over with his captivating stage presence. Based in Nigrán, Spain, he regularly tours the world, appearing in the prestigious concert halls of New York, London, Tokyo, Los Angeles, Madrid, Toronto and Rome. To date, he has recorded 16 CDs, among them “Aire Latino,” which won a 2005 Grammy Award in the category of best instrumental soloist in classical music. In 1997, the London Royal Academy of Music named him a fellow, and in 2004, the University of Arizona in Tucson awarded him an honorary doctorate in music. Beloved in his hometown of Es Migjorn in Minorca, he was bestowed the honor of “adopted son” in 2003 and had a street named for him. A Segovia Classical Guitar Series subscriber reception will follow Russell’s performance.

Japanese guitarist Shin-ichi Fukuda began his studies at the age of 11 under Tatsuya Saitoh. He moved to Paris to continue his music training at the Ecole Normale de la Musique, under Alberto Ponce, and the Accademia Chigiana in Siena with a scholarship, under Oscar Ghiglia. Fukuda has been awarded many competition prizes including first prize in the 23rd Paris International Guitar Competition, organized by Radio France. His prolific recording career includes more than 80 CDs and DVDs. Recent recordings include the “Bach on Guitar” series (Meister Music 2012) and “Japanese Guitar Music” series (Naxos). In 2011, Fukuda was honored with the Japanese government’s Art Encouragement Prize of Music as a musician of the highest class.

Single tickets are $30 for the general public and $10 for students with a valid ID. Tickets are available at concertsatbienen.org, by phone at 847-467-4000 or by visiting the Pick-Staiger Concert Hall box office at 50 Arts Circle Drive on the Evanston campus.

Box office hours are Mondays through Fridays, 10 a.m. to 6 p.m. and Saturdays from noon to 3 p.m. The ticket counter opens 45 minutes prior to each performance.

Segovia Classical Guitar Series subscriptions are also available and include a variety of benefits. For more information, call the Bienen School of Music Ticket Office at 847-467-4000 or visit concertsatbienen.org.