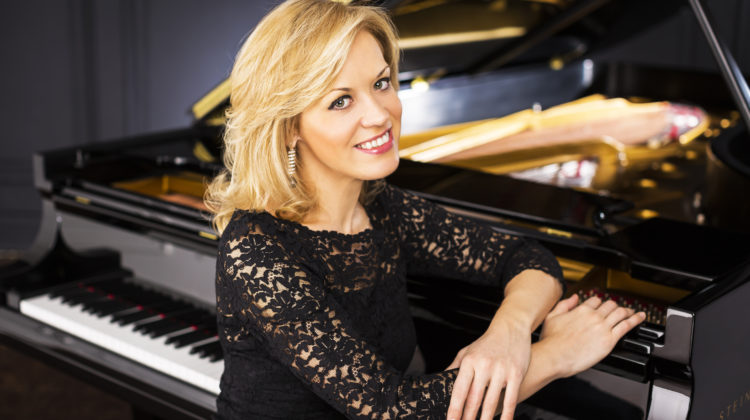 All concerts begin at 7:30 p.m. and take place at the Mary B. Galvin Recital Hall, 70 Arts Circle Drive, on the Evanston campus.

The New York Times hails Inon Barnatan as “one of the most admired pianists of his generation.” He is the recipient of a 2009 Avery Fisher Career Grant and Lincoln Center’s 2015 Martin E. Segal Award. Barnatan’s recent engagements include his BBC Proms debut, the world premiere of an Alan Fletcher concerto with the Los Angeles Philharmonic and appearances at London’s Wigmore Hall, New York’s 92nd Street Y and Carnegie Hall.

Kirill Gerstein’s versatility, clarity of expression and virtuosity have propelled him to the top of his profession. First-prize winner at the 10th Arthur Rubinstein Competition, he is also the recipient of a Gilmore Young Artist Award, an Avery Fisher Career Grant and a Gilmore Artist Award. He has commissioned new works from composers including Timo Andres, Chick Corea, Oliver Knussen and Brad Mehldau. Highlights of his 2017-2018 season included debuts with the Pittsburgh and National symphonies; re-engagements with the Minnesota Orchestra and the Boston, Chicago and San Francisco symphonies; and appearances in Europe with the Leipzig Gewandhaus Orchestra, Bavaria Radio Orchestra, the BBC Proms and the Czech, Rotterdam, Stockholm and Oslo philharmonics.

Alexander Toradze’s unorthodox interpretations and poetic lyricism have earned him international recognition as a masterful virtuoso. He has appeared with leading orchestras including the New York Philharmonic, Boston Symphony, Chicago Symphony, Mariinsky Orchestra, St. Petersburg Philharmonic, Orchestre National de France and the London Symphony. His recordings of the piano concertos of Shostakovich and Prokofiev have earned him critical acclaim.

Toradze has taught at the Tchaikovsky Conservatory in Moscow and Indiana University South Bend and has participated in numerous summer music festivals including Salzburg, White Nights in St. Petersburg and the BBC Proms concerts in London, Edinburgh and Rotterdam.

Marc-André Hamelin is recognized the world over for his consummate musicianship and brilliant technique. He has received multiple Grammy nominations, and his three-disc recording of the music of Ferruccio Busoni was honored with the 2014 ECHO Klassik Instrumentalist of the Year award and named Disc of the Year by Diapason and Classica magazines. His 2017-2018 season included appearances at Carnegie Hall and Amsterdam’s Concertgebouw and with the Seattle Symphony, Toronto Symphony, Orchestre de Paris and Moscow Philharmonic, among others.

Single tickets are $30 for the general public and $10 for full-time students with a valid ID. Tickets are available from concertsatbienen.org, by phone at 847-467-4000 or by visiting the Pick-Staiger Concert Hall ticket office at 50 Arts Circle Drive on the Evanston campus.

Full and partial series subscriptions are available and include a variety of benefits. For more information, call the Bienen School of Music Concert Management Office at 847-491-5441 or visit concertsatbienen.org.