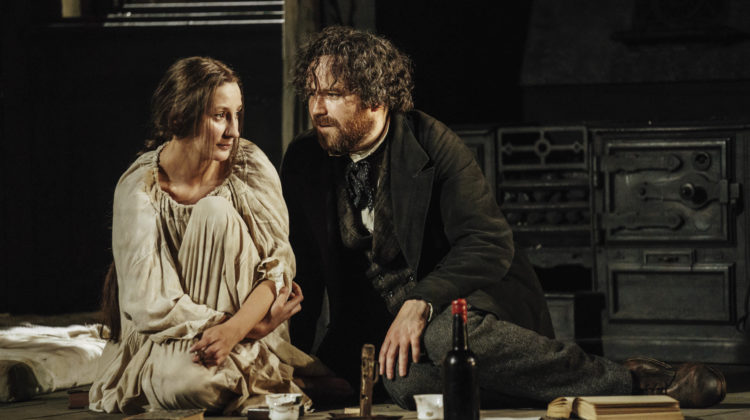 Six critically acclaimed plays from the U.K. and Russia captured on film will be screened in winter and spring of 2018 as the Stage on Screen series continues at Northwestern University’s Virginia Wadsworth Wirtz Center for the Performing Arts.

The schedule for winter and spring 2018 is as follows:

Directed by Nicholas Hytner and written by Richard Bean and Clive Coleman, the production reunites the creative team behind Broadway and West End hit comedy “One Man, Two Guvnors.”

Timofey Kulyabin is one of the most prominent directors on the Russian theater scene today. His operas and plays have been performed on the stages of the Bolshoi Theatre, Moscow’s venerable Theatre of Nations and overseas in Vienna and Paris. In this Red Torch Theatre production of “The Three Sisters,” Kulyabin has taken this classic drama and reinvented it as an epic parable about finding harmony through suffering. The entire cast, save for one, communicate throughout the performance solely in sign language. By doing so, the selfishness, isolation and lack of mutual understanding are dangerous and laden with disaster, the characters defenseless against a huge “sounding” world. A revelation of experimental theater that miraculously remains entirely Chekhovian.

“The Three Sisters” is presented in International Sign Language and Russian with English subtitles. The running time is four hours (including one 15-minute intermission).

On a steamy night in Mississippi, a Southern family gathers at its cotton plantation to celebrate Big Daddy’s birthday. The scorching heat is almost as oppressive as the lies the family members tell. Brick and Maggie dance around the secrets and sexual tensions that threaten to destroy their marriage. With the future of the family at stake, which version of the truth is real – and which will win out? Directed by Benedict Andrews, the cast features Sienna Miller, Jack O’Connell and Colm Meaney.

Alongside earthly reality, another civilization exists parallel to it. Drillalia, the land of the Drill, is inhabited by numerous races and its people throughout history have traveled to and from Earth, leaving signs of genius behind, while opening up their own world to destruction. We follow the initiation and adventures of a Drillalian prince on a journey through time and space in an effort to save his people. Boris Yukananov’s visionary modern opera for Stanislavsky ElectroTheatre in Moscow perfectly weds drama and music.

“Drillalians” is presented in Russian with English subtitles, the running time is two hours and 30 minutes (with two 10-minute intermissions).

The ruined aftermath of a bloody civil war. Ruthlessly fighting to survive, the Macbeths are propelled toward the crown by forces of elemental darkness. Shakespeare’s most intense and terrifying tragedy, directed by Rufus Norris, will see Rory Kinnear and Anne-Marie Duff return to the National Theatre to play Macbeth and Lady Macbeth.

The Wirtz Center’s Stage on Screen broadcasts are sponsored by a generous grant from The Alumnae of Northwestern University. National Theatre Live is supported by funding from Arts Council England and SkyArts.