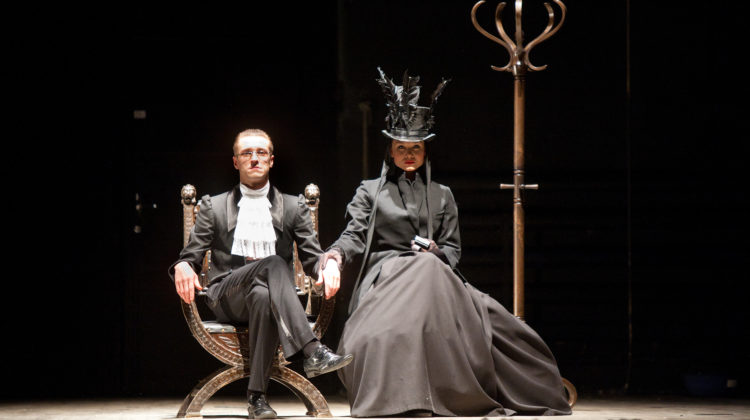 Yuri Butusov’s pastiche of conflicting styles only touches on the storyline of Shakespeare’s “Macbeth,” reflecting, instead, both confusion from confronting the myth and the desire to unveil it. It follows a non-linear technique, compiling fragments, jumbling up the characters, having them swap roles, understanding that only by blending together these singular moments can the desired completeness be achieved.

Presented in Russian with English subtitles, the running time is three hours and 40 minutes (with one 15-minute intermission).