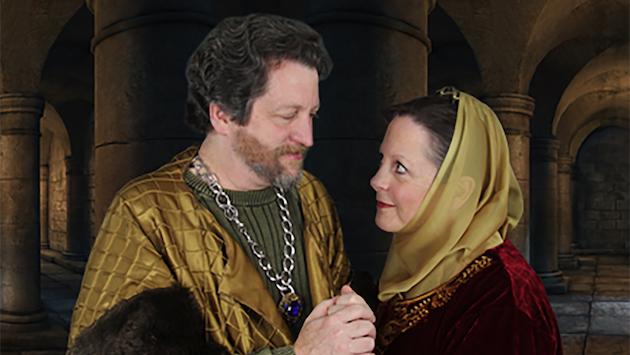 MadKap Productions presents "The Lion in Winter" by Highland Park native James Goldman, for ten performances at the Skokie Theatre, 7924 Lincoln Ave in Skokie from Nov. 6 to 22.

"The Lion in Winter" is a sophisticated comedy/drama about sibling rivalry, adultery, and a royal family’s fight over who should inherit the kingdom. Set in England during Christmas in 1183, aging King Henry II must choose an heir to the throne from among his three sons. He favors his youngest while his strong-willed wife, Queen Eleanor of Aquitaine, favors their eldest. Sparks fly as they try to out-maneuver each other in this wickedly clever examination of a dysfunctional family.