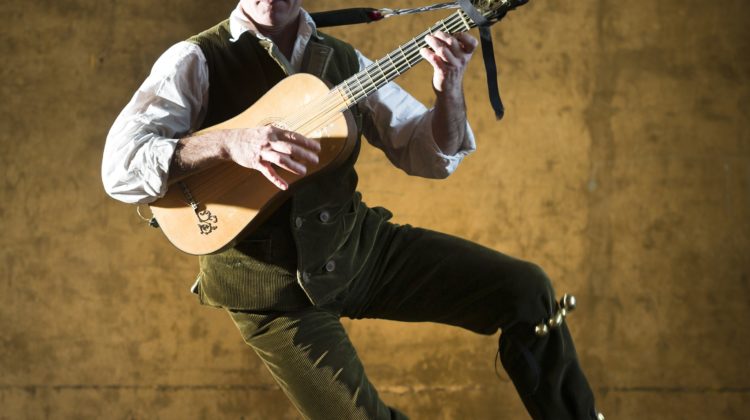 Two years ago, audiences were wowed by The Newberry Consort’s fun-filled performances of theatrical skits, songs, and dances from Shakespeare’s London. Now, the Consort is back with more bawdy Elizabethan street entertainment, brought to concert halls across the Chicago area for one weekend only. Singers, dancers, and actors, pipe and tabor, and a violin band will be featured in the Consort’s 2018-19 season opener, “Will Kemp Returns! A Jigs Revival,” on Oct. 21 at 3 p.m. at Galvin Hall at Northwestern University in Evanston.

In Elizabethan England, Jigs were comedic skits sung to popular tunes. Jigs were performed on the street or as pre-concert or intermission entertainment at theaters like The Globe in London. Full of bawdy humor, dance, physical comedy, and pantomime, jigs are completely over-the-top fun!

In this concert, English dancer and actor Steven Player returns to Chicago to star as Will Kemp, a member of Shakespeare’s original troupe of actors. Player will lead the Newberry Consort in a fully-staged revival of two of the best-loved Jigs from our 2016 program: “Singing Simpkin” and “The Cheaters Cheated,” with costumes designed by Miriem Bahri.

The concert will also feature dramatic songs from Shakespearean plays and gems from the broadside ballad tradition performed with violin band and featuring Dan Meyers on pipe and tabor.

The entertainment continues during intermission, with fiddle and bass violin duo Tim MacDonald and Jeremy Ward.

A pre-concert chat will be held 30 minutes before the concert. Tickets range from $40 to $50, and student tickets are available at the door for $5. Buy tickets at http://www.newberryconsort.org