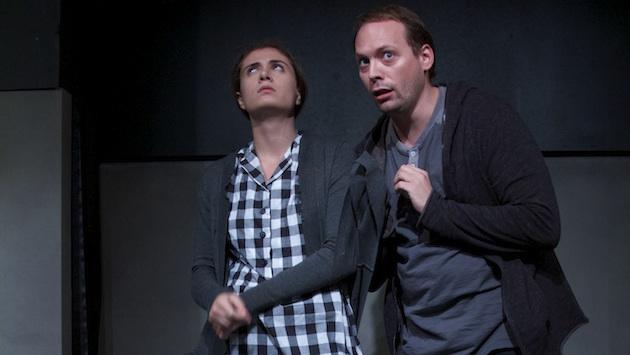 Piccolo Theatre turns 15 this year and opens its 2015-16 season with a reworked Russian classic.

Under Tony Lawry’s direction, and with revisions from Schellhardt, The Outfit reawakens at Piccolo Theatre incorporating shadow puppetry and foley effects for an evening of magical realism and live storytelling.

In this modern fairy tale noir, comically tragic Nora lives in a world of shadows, with a lecherous landlord, the world’s worst boss, and a pack of co-workers straight out of Mean Girls.

She meets Marco, the son of a butcher and a budding clothing designer who changes her life with a remarkable outfit. Her newfound confidence leads to new conflict as Nora learns about fame, love, and what it means to be true to herself when power dressing is taken too far. Narrated by Marco’s three crazy Italian aunts, The Outfit will touch your heart and make you smile.