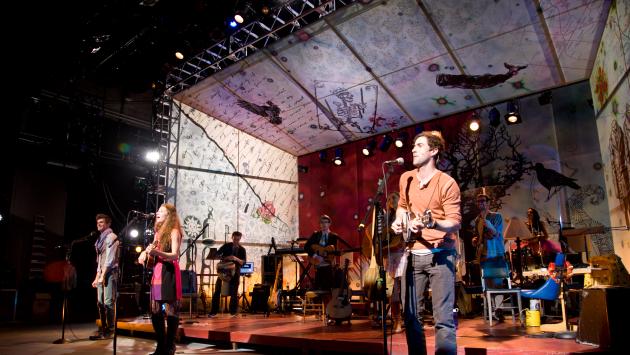 Amanda Dehnert's new musical, The Verona Project," is an electric hybrid of theatre and live concert infused with original indie-folk-rock music. A modern fable inspired by Shakespeare's first comedy, "The Two Gentlemen of Verona," the show takes an honest look at surviving love and loss. Seen through the eyes of a group of young musicians, The Verona Project explores the journeys we all take and the people we eventually become.

October 19 – November 4, 2012 (there will be a student matinee on Fri, Nov 2 at 10am)
Josephine Louis Theater, 20 Arts Circle Drive, Evanston, IL 60208
Presented by the American Music Theatre Project in association with the Theatre and Interpretation Center at Northwestern University

"A smart hybrid: a new look at Shakespeare through a distinctly 21st century prism"—The Examiner