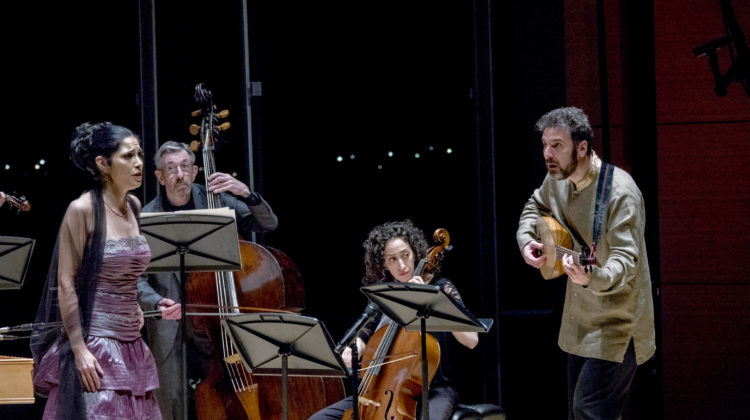 Third Coast Baroque will conclude its 2018-19 season with the North Shore premiere of Handel’s first oratorio – “The Triumph of Time and Disenchantment,” HWV 46a, Saturday, April 13, 2019, at 7:30 pm at Galvin Recital Hall, 70 Arts Circle Drive in Evanston.

George Frideric Handel composed “The Triumph of Time and Disenchantment” (Il trionfo del Tempo e del Disinganno) at age 22, decades before the premiere of his most famous oratorio, “The Messiah.” Just after young Handel wrote his first operas for Hamburg, he traveled to Italy to absorb the latest musical trends. He developed a reputation as a promising composer and exceptional keyboardist in Florence, Naples, Venice, and Rome, where he created “The Triumph of Time and Disenchantment.”

“Musically thrilling and psychologically captivating” is how Dubrovsky describes Handel’s “Triumph,” which dramatizes the conflict between earthly pleasures and timeless truths. Beauty is tempted by Pleasure, though Time and Disenchantment win. The allegorical libretto by one of Handel’s Roman patrons, Benedetto Pamphili, expands upon themes explored by Petrarch in his poem “Triumph of Time.”

The world premiere of Handel’s “Triumph” in 1707 boasted none other than Arcangelo Corelli as concertmaster. The tuneful yet stylish score was so inspired that Handel reused material from over half of the arias in his later works. Handel famously adapted the aria “Lascia la spina” from “Triumph” into “Lasica ch’io pianga” for his opera “Rinaldo,” and it remains one of his most recognizable tunes to this day.

“Triumph” is the only major work from his Italian period that Handel revived (with changes) for London. Handel first expanded the original Italian-language work into a new version renamed “The Triumph of Time and Truth” (Il trionfo del Tempo e della Verità), HWV 46b, in 1737, and then created a further expanded, English-language version, “The Triumph of Time and Truth,” in 1757. Because of the many versions of “Triumph,” it is considered both Handel’s first and last oratorio.

Third Coast Baroque, Chicago’s newest early music ensemble, will perform the 1707 version of “The Triumph of Time and Disenchantment” in Italian. English supertitles will be projected over the stage, as will imagery that illustrates the story.