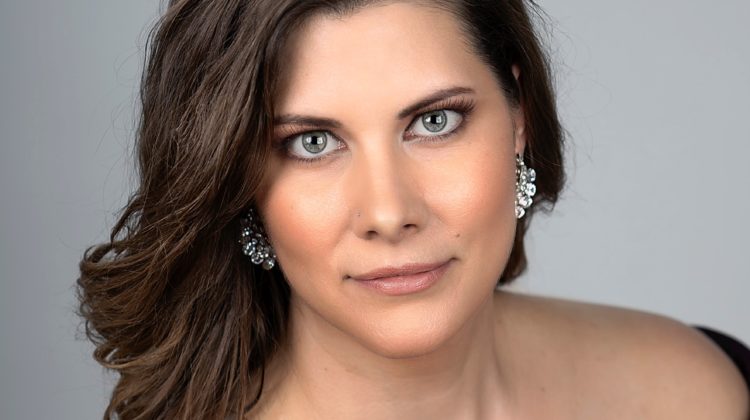 This event has been postponed. A new date has yet to be announced.

She’ll be accompanied by the TCB Chamber Ensemble, led by concertmaster and violinist Martin Davids.

The period-instrument ensemble will play five of Vivaldi’s intimate works for strings, including string concertos, solo sonatas, and a trio sonata, between the vocal performances.

“Welcome Back, Vivaldi” will be presented at 7:30 p.m. Friday, April 17, 2020, at Nichols Concert Hall, 1490 Chicago Avenue, Evanston. The program will be repeated at 5:00 p.m. Saturday, April 18, at First United Methodist Church at the Chicago Temple 77 W. Washington Street, Chicago.

“Because they’re so seldom heard, the Orlando furioso arias will be thrilling discoveries for many concertgoers,” Smucker says. “And the instrumental chamber works offer a highly pleasurable change of pace from Vivaldi’s The Four Seasons.”

The program’s title alludes to the ensemble’s critically acclaimed “Vivica and Vivaldi” presentation with internationally celebrated mezzo-soprano Vivica Genaux, applauded as one of “The 10 best classical concerts of 2018” (Chicago Tribune).

Smucker will sing arias of four different characters, including the opera’s hero, the obsessively jealous knight Orlando, who is infatuated with Angelica, lover and future wife of the prince Medoro. Smucker notes that the role of Orlando was originally sung by a female, the contralto Lucia Lancetti, at the opera’s 1727 world premiere in Venice.

Smucker says the arias have never been professionally presented in Chicago, except for “Sorge l’irato nembo,” last heard locally in 2014 in a Baroque Band performance.

It’s a rare opportunity to hear these opera excerpts sung in intimate settings for string quartet and continuo (harpsichord and theorbo) instead of a full orchestra, she says.

Vivaldi, a virtuoso violinist, “treats the voice like a violin in the way he writes ornamental figures and in his highly florid vocal writing,” she observes.

The arias will be presented with English supertitles projected above the stage.

Beyond ‘The Four Seasons’

Instrumental works will include Vivaldi’s Concerto for Strings in C Major, RV 110; Trio Sonata Op. 1, No. 1, in G Minor, RV 73; the lyrical, contemplative Sonata No. 3 in A Minor, RV 43, featuring Baroque cellist Anna Steinhoff; Concerto for Strings in G Minor, RV 157; and Sonata No. 2 in A Major, RV 31. The latter features violinist Davids, who plays “with flair and abandon without transgressing period practice” (Chicago Classical Review).

Third Coast Baroque comprises “Chicago’s most accomplished period instrumentalists and singers” (Chicago Tribune). Under the artistic direction of Rubèn Dubrovsky, TCB reframes how audiences experience early music through dynamic performances, collaborations, and education. “Call it baroque musicology made painless” (Chicago Tribune), TCB has been devoted to exploring diverse 17th and 18th century music from around the world since its inception. TCB has presented the Chicago and North American premieres of works by beloved composers and recently rediscovered masters. Drawing upon today’s finest early music specialists, the Third Coast Baroque collective is composed of the TCB Chamber Ensemble, TCB Voices, and TCB Orchestra. Past performances have included the Chicago premiere of Handel’s first oratorio (Il trionfo del Tempo e del Disinganno) and collaborations with internationally renowned musicians. Founded in 2016, TCB engages new and diverse audiences through collaboration with organizations in Chicago and across the country, and through educational enrichment and outreach for music lovers of all ages. TCB’s mission is to share the aesthetic of Baroque music while unlocking its relevance for today’s audiences. TCB is a 501(c)(3) non-profit organization. www.thirdcoastbaroque.org.