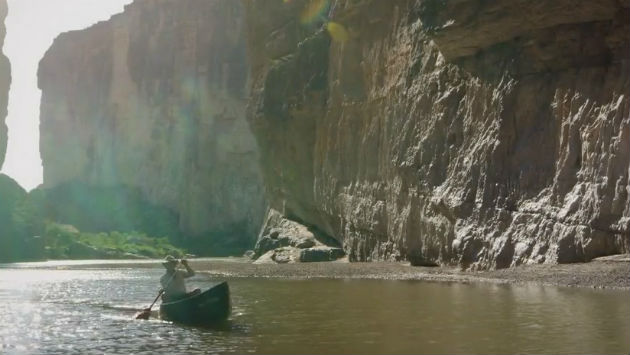 Wildlife and The Wall (5 minutes). We’ve all heard the calls from the Oval Office to “Build that wall!” Now follow filmmaker Ben Masters as he paddles one of America’s most famous rivers and considers the potential effects of a border wall on wildlife and access to the Rio Grande, the only water source in a harsh desert environment.

The Invisible Mammal – The Bat Rescuer (10 minutes). To Corky Quirk, bat rescuer, the winged creatures are a lot like preschoolers: “They go, go, go, go…” They’re cute like preschoolers too. Since 2005, Corky has been working with injured and orphaned bats in California. Frightened of bats? Here’s your chance to get a closer look.

Featured Presentation: The New Environmentalists – From Guatemala to The Congo (29 minutes). Meet the people on the frontlines of the battles to safeguard the Earth’s natural resources. These heroes risk their lives and face intimidating adversaries to fight the good fight. “It’s inspiring to see what one person armed with courage and commitment can accomplish,” narrator Robert Redford says.

The Nature of Maps (10 minutes). Marty Schnure and Ross Donihue have a great job. They roam some of the world’s last remaining wild lands to create maps to help conserve these precious places. Enjoy the breath-taking scenery and poignant soundtrack as they map the new Patagonia Park in Chile, aided by cameras, a drone, their hiking boots and a love of adventure.

Canis Lupus Colorado (18 minutes). Gray wolves shaped the Colorado wilderness for eons only to disappear nearly overnight. See what happened to the delicate ecosystem after one of its major players went extinct, and meet the people trying to bring the majestic creatures back.

Lost in Light (3 minutes). After seeing “Lost in Light,” you might find yourself obsessively gazing at Chicago’s night sky and aching at what we’re missing. Shot mostly in California, this short, stunning film shows how the stars become more brilliant the farther you move from the lights.

The films will be shown in the third-floor auditorium at One Rotary Center, 1560 Sherman Ave.

Parking will be available in the One Rotary Center building parking garage (which is in the same building as the theater). This garage can be entered from the north side of Grove St., just west of Sherman Ave.  There is also street parking nearby and public parking garages within two blocks at 821 Davis St. and 1501 Sherman Ave. (Holiday Inn lower level).