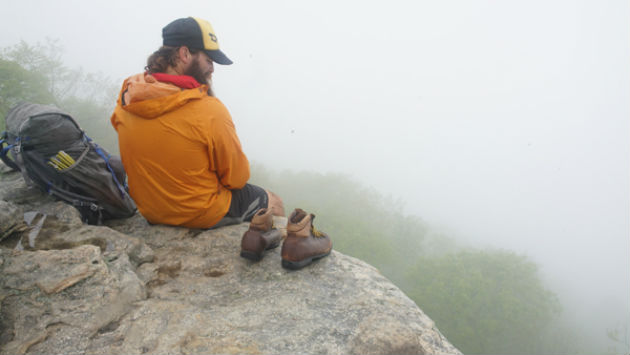 This year’s lineup includes a tear-jerker about hikers who take a 2,100-mile journey to fulfill a dead man’s dream, a documentary about two moms defending their children from oil drillers in the Arctic Refuge, an expose on the garment industry that could change your views on shopping forever, and a short film about a president remembering a risky canoe ride on a wild river.

The EEA, the independent nonprofit organization that supports the Evanston Ecology Center, is the Chicago area’s sole presenter of selections from the nation’s largest environmental film festival.

Ticket prices are as follows:

-Individual EEA members: $5 each night (50 percent discount) and each additional ticket $10 for each night.

Think Like a Scientist–Gorongosa (7 minutes): More than a million people are said to have died over three decades of war in Mozambique–and another victim of the strife was Gorongosa National Park. More than 90 percent of the park’s wildlife was killed, either for food, or, to harvest ivory to further fund the war. But out of this sadness comes hope, thanks to people like Greg Carr and a project to restore the park. A recent census counted 72,000 animals. “We’ve gained a lot of ground,” Carr says. “I think I know what I’m doing for the rest of my life.”

Featured film–Paul’s Boots (37 minutes):  Paul’s dream was to hike the Appalachian Trail, but the Australia resident died before he and his freshly polished boots could make the 2,189-mile hike. As a final act of love, his wife M’Lynn asked: Would anyone be willing to help Paul make the symbolic journey by carrying his boots on the big hike? In this tear-jerker filled with gorgeous scenery, follow the kind strangers who answered her call as they brave bad weather, bears and sore feet to carry the boots of a man they never knew.

Selah: Water From Stone (8 minutes): Heroes can come from surprising places. J. David Bamberger used his fast-food fortune to transform land nobody wanted in the Texas Hill Country into a bountiful preserve that inspires people. Stirred by his lifelong love of the natural world and helped by “the greatest conservation tool ever made” (grass!), David helped bring springs back to life and inspire a landscape movement. See the beautiful result of 50 years of dedication.

The Refuge (16 minutes): For hundreds of generations the Gwich’in people of northern Canada and Alaska have depended on caribou that migrate through the majestic Arctic Refuge. In the middle of political debate over the future of the refuge, this film will spark anger, tears and inspiration as you meet two women who continue a decades-long fight against oil drilling and climate change. “I want to be able to tell my kids that I’ve done everything I could for them,” says one activist.

Yellowstone’s Northern Range (6 minutes): The Northern Range occupies just 10 percent of Yellowstone National Park, but it is arguably the most carnivore-rich area in North America. See these beautiful creatures up close in a region called the Serengeti of North America. “Going out on a landscape filled with grizzly bears is not the same as going to the mall,” says one wildlife biologist. “There is no question we are changing people’s lives by having places like Yellowstone.”

The Wild President (6 minutes): In celebration of the upcoming 50th anniversary of the Wild & Scenic Rivers Act, this film covers the “momentous day” a future president came to understand the power of a wild river. In 1974, then Georgia Gov. Jimmy Carter and Claude Terry paddled the first tandem canoe descent of the Chattooga River’s Bull Sluice Rapids. “The Chattooga was the first time I ever risked my life, I would say, in going down a wild river,” President Carter remembers. Join this unsung environmental hero on a wild ride.

Featured film–The Elwah Undammed (25 minutes):  So how do you eliminate two dams that for a century have been blocking salmon migration on the Elwah River in Washington? Witness the fascinating success story of the largest dam removal in American history that once again freed these sacred waters for the Klallam tribe. “We want our dammed salmon back,” said one member of the tribe.

Mindful Vineyards (4 minutes): Inspired by union hero Cesar Chavez and her own experience emigrating from Mexico to be a Napa Valley grape picker, Amelia Ceja operates a vineyard that prioritizes people and the planet. She calls for justice for some of the most vulnerable workers in the nation. “We as consumers are the ones that have the power to change how farmworkers are treated,” she says.

Fair Trade: The First Step (13 minutes): Shopping will never be the same once you see this short film that investigates why choosing Fair Trade Certified clothing is good for workers’ rights and the environment. Opening with disturbing images of a factory disaster, the film takes you inside a Sri Lankan facility that does it right. “Your purchasing decisions can affect the lives of workers around the world,” says one clothing industry expert.

Ace and the Desert Dog (9 minutes): “Man is only as cool as his dog,” says Desert Dawg, the four-legged hero of this documentary about a 60-day backpacking trip in Utah’s gorgeous canyon country. Adventure photographer Ace celebrates his 60th birthday by risking rattlesnakes, heat stroke and nasty falls with his dog Genghis Khan. Genghis records the adventure on his Desert Dawg Adventure Blawg.

A Ghost In the Making (19 minutes): The decline of domesticated honeybees has made all the headlines, but natural history photographer Clay Bolt speaks up for the 4,000 species of native bees in North America. His white whale is the elusive Rusty-patched Bumble Bee, which is on track to become the first bee species in the continental U.S. to be declared endangered. “We humans defend the things we value, but how can we care about something we barely know….That’s why I traveled halfway across the country looking for a bee,” says Clay, whose journey includes a stop in Illinois.