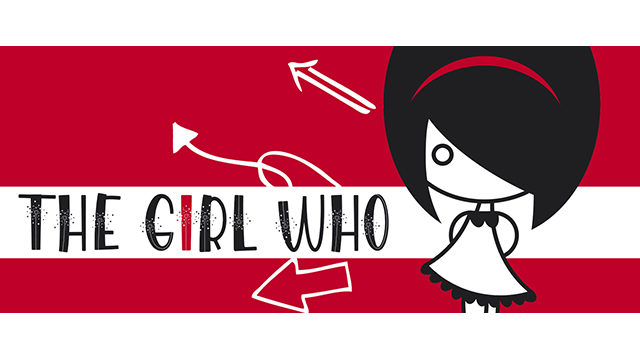 Performances include “The Girl Who” (March 15 to 16), a choose-your-own-adventure story by Scott Gilmour and Claire McKenzie, “Get Out Alive” (May 3 to 4), a multimedia theatrical event written and performed by Chicago artist Nikki Lynette and “Finn the Fearless” (May 26), a southern tall tale by 2018 Larson Award winners Andrew Farmer and Andrew R. Butler.

Workshop readings are free and open to the public and will be presented in the Mussetter-Struble Theater, 1949 Campus Drive on the Evanston campus. Reservations can be made on the AMTP website.

Rounding out the AMTP season is the 14th annual Johnny Mercer Foundation’s Songwriters in Concert event on June 29, and the world premiere of two one-act musicals at the Edinburgh Festival Fringe in August in collaboration with the Royal Conservatoire of Scotland. More information will be available in the spring on the AMTP website.

The remainder of the 2018/2019 workshop season schedule is as follows:

Written and directed by Scott Gilmour and Claire McKenzie

Anna is searching for her parents and it’s up to the audience to decide how she finds them.

“The Girl Who” is a multi-path musical that places the audience in complete control of the story. Based on the iconic “choose-your-own-adventure” series, the audience determine Anna’s decisions, morals, successes and failures, affecting not only which path she takes, but how she does so. With 171 possible versions, the audience controls which songs we hear, which characters we meet and which worlds we visit, allowing every show to be unique and every audience to question “What if I’d chosen differently?”

Written and Performed by Nikki Lynette

“Get Out Alive” is a new musical event by independent artist Nikki Lynette. Collaborating with Northwestern music theater professor and director Roger Ellis, AMTP will work to develop this edgy one-woman musical into a multimedia theatrical event. Using storytelling, song, movement, visual media and a live DJ, Nikki’s offbeat approach to sharing her personal mental health journey shows that even when life leads us to a bad place, we can always make it out alive. “Get Out Alive” is co-produced by Ira Antelis.

The lovable, ragtag crew of Shepard and Shepard’s “Gator Show of Floridian Marvels and Oddities” is on a goodwill diplomatic mission across the North, sharing their favorite folktale “Finn the Fearless,” a yarn about a weird little fella from up North who goes on a hero’s quest to scare his heart awake so he can feel things the way other people do. Led down South by a fierce-tempered maiden named Annabelle, he finds himself in the heart of Florida, the vacation home of the Devil himself (who wears flip-flops and prefers to be called “Ol’ Scratch”). Scratch bets Finn he can scare his heart awake through three hair-raising trials. If Finn completes them, he gets his wish. If he fails, Ol’ Scratch gets Finn’s soul. With help from Annabelle, who’s on a mission for redemption of her own, Finn faces vampiric retirees, an alcoholic were-gator and an army of damned folk heroes, ultimately weaving together an unlikely ending for himself that breaks the mold set by Yankee fairytales.

The American Music Theatre Project (AMTP) at Northwestern University is a member of the Northwestern Arts Circle, which brings together film, humanities, literary arts, music, theater, dance and visual arts.

Roger Ellis (director “Get Out Alive”) is a director/choreographer and dramaturg whose work centers on physically driven, inclusive and transformational theatrical experiences. As a director, Ellis focuses on the development of new work and the bold reimagining of established performance texts. He has worked across the United States with companies such as Sacramento Music Circus, Paramount Theatre, Lyric Theatre of Oklahoma, Pace University, Marymount Manhattan College, Tuacahn Center for the Arts, San Diego Repertory and Gallery Players Brooklyn. His directing credits include “Parade,” “A Little Night Music,” “The Wild Party” (LaChiusa/Wolfe), “The Light in the Piazza” (Associate Director/ Movement Coach), “A Year With Frog and Toad,” “Maverick” (Associate Director/Choreographer), and the NYC premiere of Laura Pittenger’s “Thou Shalt Not.” He holds an MFA in musical theater from San Diego State University and is a proud member of Actors’ Equity Association and the Stage Directors and Choreographers Society (Associate).

Projects with Butler include “Blessing” (Playwrights Horizons Downtown commission, Yale Institute for Music Theater); “The Miraculous Journey of Edward Tulane” (Theatreworks USA commission); “Finn the Fearless” (Ars Nova Uncharted); and “American Cryptids” (Civilians R&D Group, Joe’s Pub). Recent plays include “The Gray Man” (Pipeline Theatre Company); “The Fall of Hotel Mudafier…” (Williamstown Theatre Festival); Farmer is co-creator of “I Heard Sex Noises,” currently in development as a television series with Imperative Entertainment. A contributing writer at Vogue and Reductress, his stories have been featured in New York Magazine, The Moth and The Huffington Post. He’s a member of The Story Pirates, Gentlemen Party and Political Subversities and his comedy has been performed in numerous places including the Upright Citizens Brigade and the Museum of Modern Art. He holds a BFA in drama from Playwrights Horizons Theater School at New York University’s Tisch School of The Arts.

Scott Gilmour and Claire McKenzie (writers “The Girl Who”) make up Noisemaker, the award-winning writing partnership. Both graduates of the Royal Conservatoire of Scotland, the pair work throughout the United Kingdom and internationally creating innovative, original work to challenge the expectations of musical theater. Noisemaker credits include “My Left/Right Foot,” a National Theatre of Scotland and Birds of Paradise co-production (Fringe First Winner and Herald Angel Winner 2018), “Songs from the Seven Hills” at the Sheffield Crucible, “Ceilidh” at Noise Opera, Glasgow (2018 European Championships), “Atlantic” at Edinburgh Festival Fringe, AMTP and Royal Conservatoire of Scotland co-production (Herald Angel Award Winner 2017), “Little Red and the Wolf” at Dundee Rep Theatre (Nominated for U.K. Theatre Awards and Critics’ Awards for Theatre in Scotland 2016), “The Lion, The Witch and the Wardrobe” at Royal Lyceum, Edinburgh, “Forest Boy” at New York Music Theatre Festival, The Other Palace, London and Edinburgh Fringe (S and S Award and New York Musical Festival 2016 Publishing Award) and “Freakshow” at The Roundhouse and The Arches (Scottish Daily Mail Drama Award 2012).

Nikki Lynette  (writer/performer “Get Out Alive”) is a performer, writer and visual artist whose style is equal parts hip hop, alternative and pop. A Chicago native, her profound sense of individuality has been the cornerstone of her career an as indie artist. Her self-produced tunes have been featured in popular shows on MTV, Fox, Hulu, Netflix and more and have garnered digital and print features for publications like XXL, Bust and Vibe. A proud, independent artist, Lynette’s success in music licensing has earned accolades, including a prominent feature in Billboard Magazine and being invited to speak on a panel at South By Southwest. After a hiatus from releasing new music at the height of her career, Lynette returned to the public eye with a confession. She’d secretly been battling mental health issues. She began writing articles about depression and suicide for prominent sites like BlackDoctor, Afropunk and AllHipHop, and held her own among medical professionals in live chats and panel discussions with hundreds of thousands of viewers. Lynette’s most recent musical release, “Manic Pixie Dream Girl,” is the first in a three-part body of work that includes music, visual art and a short film detailing the experience of being driven to a dark place and finding your way back from it. The release dates for the next two installments in the series, “Chronicles of a Crazy “B!+ ¢#” and “The Suicide Bridge” have not yet been set. Her mental health documentary, “Happy Songs About Unhappy Things,” is expected to be finished in Spring of 2019.

Kent Nicholson (director “Finn the Fearless”) is a director and producer.

Regional directing credits include “Once,” “Sweeney Todd,” “Amadeus” and “A Light in the Piazza” (South Coast Repertory); “How to Write a New Book for the Bible” at South Coast Repertory, Berkeley Repertory and Seattle Repertory; “Looking for Christmas” at The Old Globe; “Lizzie” at Theater Under the Stars and Village Theater; “Grey Gardens,” “Vincent in Brixton,” “Ambition Facing West” and “All My Sons” at TheatreWorks; “Saint Ex” at Weston Playhouse; and “Small Tragedy” and “Satellites” at Aurora Theater Company. Off-Broadway producing credits include “Far From Heaven” by Richard Greenberg, Michael Korie and Scott Frankel; “Bella: An American Tall Tale” by Kirsten Childs; “Iowa” by Jenny Schwartz and Todd Almond; and “Fly By Night” by Kim Rosenstock, Will Connolly and Michael Mitnick. Regionally, he produced the world premieres of “Memphis” by Joe DiPietro and David Bryan; “Striking 12” by Groovelily; and “Emma” by Paul Gordon. He was associate artistic director at Magic Theatre, created the New Works Initiative at TheatreWorks in Palo Alto and The Uncharted Writers Group at Ars Nova. He also has served on the boards of The Playwrights Foundation and The National Alliance for Musical Theatre. Nicholson currently serves as associate producer of Musical Theatre at Playwrights Horizons.