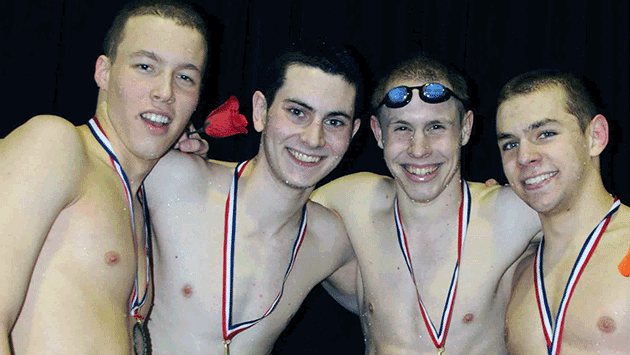 The YWCA Flying Fish swim team had a strong showing at their end-of-season meets, sending the largest group of qualifiers ever to the Sunkissed Invitational Swim Meet.

The event, formerly known as the YWCA National Championships, was held April 3 to 6 in Charlotte, N.C.

The Flying Fish were represented by over 49 swimmers competing in two divisions, the 13-and-under junior division and the senior division for older youngsters.

Male “Senior Swimmer of the Year” was a tie, with both Chris Russo and Duncan Martinson taking home the honor.  Chris reached the finals in all of his events and made it to the podium in the 100 and 200 back, breaking team records in both. Chris was also part of each of the four senior relays that broke team records at the meet. Duncan reached the finals in 5 of his events in Charlotte and was an integral part of all 4 record breaking relays. His lead off leg of the 200 free relay was also a team record for 15 – 18 year olds (21.11).

With 1300 children in the learn-to-swim program and over 600 swimmers on the team, Flying Fish Aquatics is one of the biggest aquatics programs in Illinois.