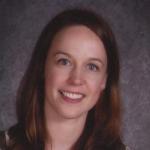 Sarah Mendez, principal of Evanston’s Nichols Middle School, announced this week that she has accepted the position of principal at Hatch Elementary School in Oak Park, starting in July.

In a letter to the Nichols staff and families, Mendez wrote that “it has been an honor and privilege to work with the talented and dedicated staff at Nichols Middle School over the past five years and to serve the children of Evanston during the past 10 years.”

Evanston/Skokie School District 65 Superintendent Paul Goren congratulated Mendez on her new appointment and said the district’s goal is to have a new principal in place at Nichols by the start of the next school year.

The principal selection process, Goren said, will involve the staff and families of Nichols and that next steps and opportunities for involvement will be shared with the Nichols community.

Goren said the first step in the process will be to develop a leadership profile that will identify the desired characteristics of the next principal.

Presumably the same process will be employed at Oakton Elementary School, whose principal, Churchill Daniels, announced his resignation earlier this month, to take effect when the present school year ends.