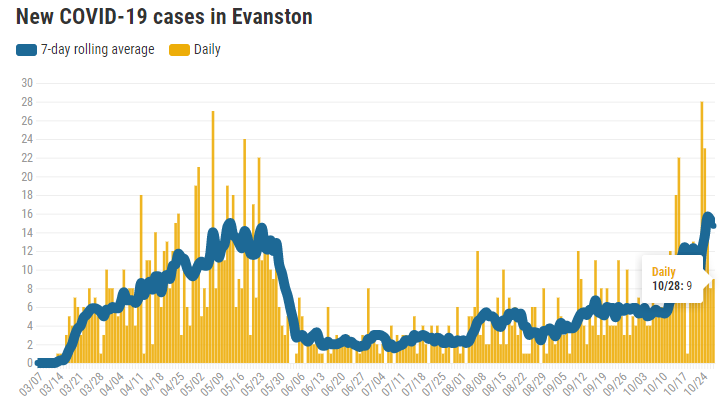 Statewide there were 6,130 new cases. That’s the second highest one day total of the pandemic, topped only by the 6,161 cases recorded on Saturday.

Gov. J.B. Pritzker today added Lake and McHenry counties to the list of regions required to stop having indoor bar and restaurant service and restricting the size of indoor gatherings to 25 rather than 50 people. 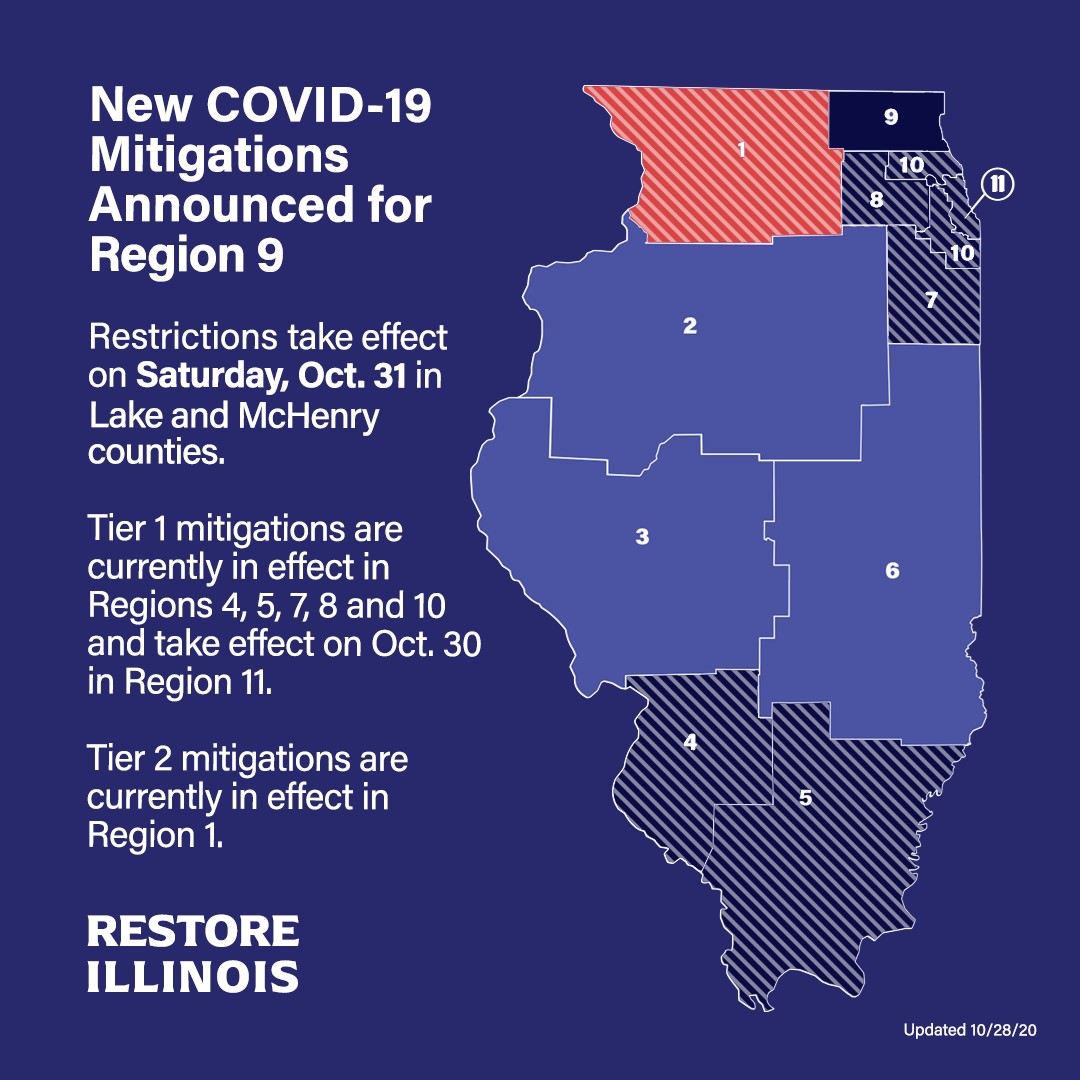 The seven-day positive test rate in suburban Cook County is now at 7.5%, up from 6.3% a week ago.

The state now says Evanston has had a total of 1,410 cases.

The city now says Evanston has had a total of 1,421 cases. The city’s death toll from the pandemic remained unchanged today at 74.

As of last night, 2,861 people in Illinois were reported to be in the hospital with COVID-19. Of those, 600 patients were in the ICU and 243 of those were on ventilators.