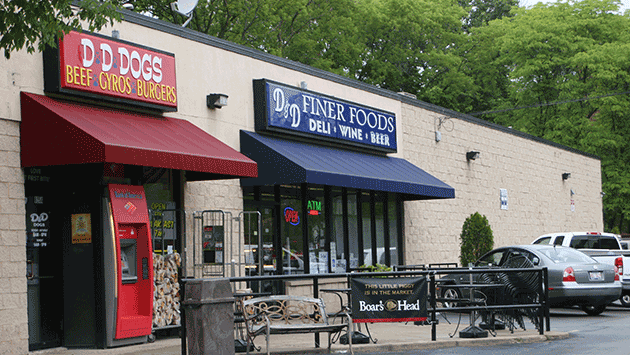 Just a month after Evanston aldermen unanimously approved a liquor license for a burger joint a half-block away, Mayor Elizabeth Tisdahl has turned down a request from D&D Dogs on Noyes Street to serve beer and wine.

The restaurant's owners are expected to appear at Monday night's City Council meeting seeking to have aldermen overturn the mayor's decision.

Some neighbors in the small shopping district near the Noyes Purple Line station have objected licensing D&D Dogs as well as DMK Burger & Fish, claiming Northwestern University students living in the neighborhood are likely to create disturbances if more venues there are allowed to serve liquor.

The Noyes Street Cafe on the block has had a liquor license for years, and D&D Finer Foods, with the same ownership as D&D Dogs, has long had a package store license.

Alderman Judy Fiske, 1st Ward, initially opposed the DMK Burger license, but ultimately voted for it after it was rewritten to limit sales to just beer and wine.

During the Liquor Control Board's hearing on the D&D Dogs license, the mayor said she had "received a lot of emails" objecting to the license and that she worried that letting D&D have a license "would create a negative precedent for the neighborhood."

In her order denying the D&D license request, the mayor, who had approved DMK's license, said "there are legitimate concerns that several other businesses" would seek liquor licenses and that added noise and underage drinking "may fundamentally alter the character of the neighborhood."

D&D Dogs would need support from six of the nine aldermen to overturn the mayor's ruling.