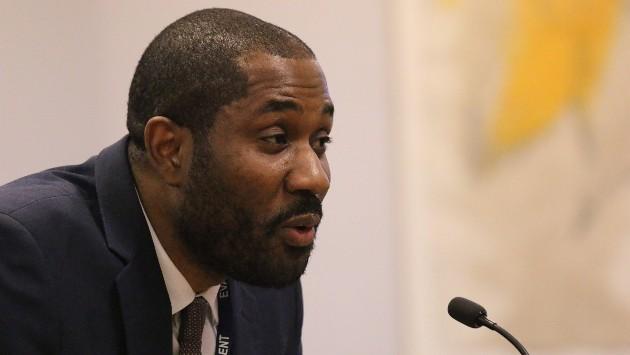 Evanston Health Director Ike Ogbo told aldermen at Monday night’s Human Services Committee meeting that his department is coordinating with local hospitals and state and federal health agencies to respond if a coronavirus outbreak occurs here, but he said so far no cases have been reported in Evanston.

As of this morning four confirmed cases had been reported in Illinois, all in Cook County, along with one suspected case. The suspected case is at the University of Chicago Medical Center. Two other cases were reported Monday in Arlington Heights. A man in his 70s is hospitalized there while his wife is under quarantine at home.

The first two coronavirus cases in Illinois were a Chicago woman and her husband. Both of them have since recovered.

Ogbo said the Illinois Department of Public Health believes that at this point the chance of infection for residents of our area is pretty low.

But, if there is a dramatic increase in cases, it could disrupt schools and lead to cancellation of public gatherings and could potentially overwhelm the public health system and hospitals.

Ogbo said that as yet there are no vaccines or anti-viral drugs to combat the new virus, which first emerged in China.

He says the best preventive steps people can take include washing hands with soap and water for at least 20 seconds, using hand sanitizer, trying to avoid being in close proximity to people who are sick and disinfecting surfaces like countertops, doorknobs and phones that may provide a resting place for the virus.

One of the most important steps, Ogbo said, is to stay home if you experience flu-like symptoms.

Ogbo said he met with local school officials last week and will be meeting with officials at Northwestern University this week.

He’s also met with officials who operate homeless shelters in the city about their plans and plans to meet with the city’s medical reserve corps to discuss plans for dealing with a local outbreak of the disease if it comes.