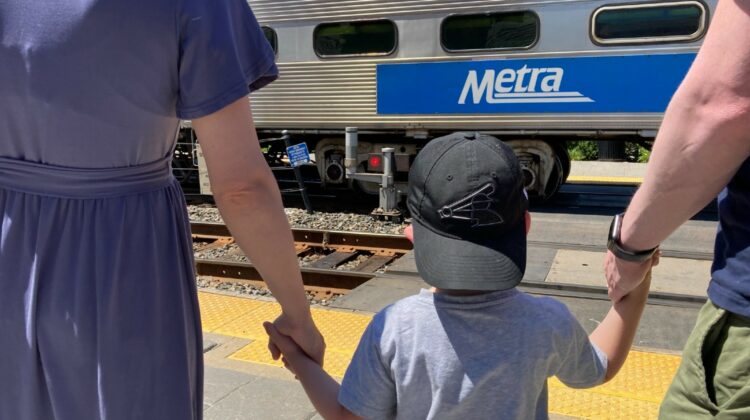 It will not cost you more to ride a Metra train out of Evanston in 2022.

On Thursday, the Chicagoland commuter rail system released its tentative $900 million operating budget for next year, with no fare increase, and with a return to pre-pandemic levels of service.

$202 million of that spending plan is federal COVID-19 relief assistance.

At the peak of the COVID pandemic, Metra ridership had cratered to only three percent of normal, although it has come back somewhat since then.

The rail agency expects to start 2022 at about 25 percent of pre-pandemic ridership, with an increase to 35 per cent by year’s end.

In a statement released Thursday along with the budget, Metra CEO Jim Derwinsky says the pandemic’s uncertainty remains, so Metra will be “conservative in our assumptions about the growth in ridership, while at the same time ramping up our service” so it will be there when riders are ready to return.

Commuter traffic dropped significantly due to COVID, as many workers stayed home instead of going to downtown Chicago.

Earlier this summer, Metra rearranged schedules on the UP North line through Evanston, adding trains in “off-peak” periods in an effort to draw more riders outside the usual commuter rush hours.

Metra hopes to lure even more “off-peak” passengers by offering a $6 Day Pass in 2022, good for unlimited rides over three zones in the same day.

While there will not be a fare increase, the expiration date for a 10-ride ticket will drop from one year to 90 days, and on a one-way ticket from 90 days to 14.

The rail system will have several in-person public hearings on the budget early next month, as well as a virtual hearing on November 3, before the Metra board votes on the document.

Besides the operating budget, Metra is also proposing a $263 million capital budget, for things such as repairing and renovating train equipment, stations, and bridges.