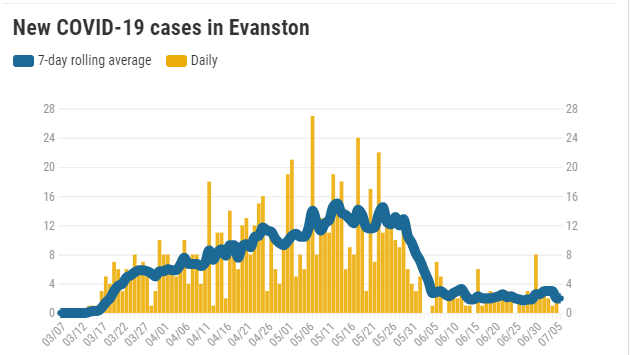 For only the sixth time in nearly four months, Evanston reported no new COVID-19 cases today. Meanwhile the state’s count of new cases fell to 614, its lowest number in nearly two weeks.

As of today Evanston has had a total of 803 cases of the disease, and city officials say 26 Evanstonians are currently ill with it.

Somewhat dampening the encouraging news about case counts was a decline in the number of COVID-19 test results today.

The positive rate for tests today was 2.9%, while the seven-day average now stands at 2.6%