In a quiet tree lined Evanston neighborhood, candles were lit and roses were heldÂ on SaturdayÂ in memory of Linda Twyman who was stabbed to death in her home at 1144 Ashland Ave. a few days after Thanksgiving last year. 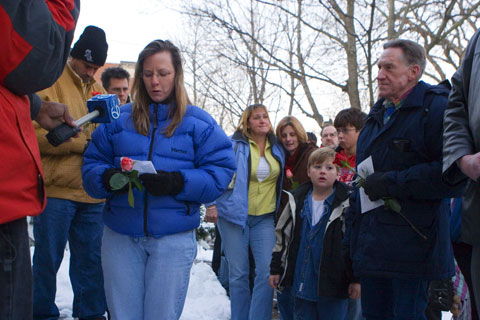 Twyman, 43, was a single mother to a 20-year-old daughter and worked at a travel agency in Chicago. She was described as being a great person, loved by many of her neighbors. 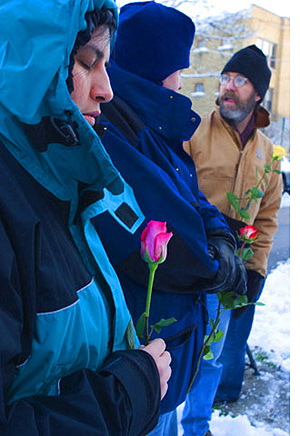 "Two subjects dressed in hooded apparel were seen running from the rear of the property," said Dep. Chief Joe Bellino, Evanston Police Department. However, a year later, there are still no leads at this time.

Friends and family members spent the earlier part of the day distributing Crimestopper fliers at local businesses. Around 30 people stood vigil in front of her home and vowed that they would not rest until her assailants were apprehended.

With candles still lit, attendants lined in single file and made their way to the Malankara Church, 1208 Ashland, where they continued to honor her memory.

Crimestoppers is offering a thousand dollar reward for information that would to an arrest. Anonymity is guaranteed to those who come forward with any details. Crimestoppers can be contacted at 1-800-535-stop.

The Evanston City Council holds a workshop session on crime in the city at 7 p.m. tonight at the Civic Center, 2100 Ridge Ave.