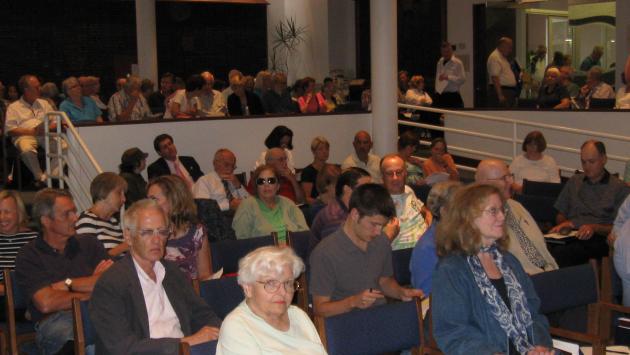 There are no solutions to the vastly underfunded Illinois pension system that will not involve “broadly shared pain,” residents of Evanston and surrounding communities were told Thursday night by 17th District Rep. Daniel Biss at a public forum in Skokie. 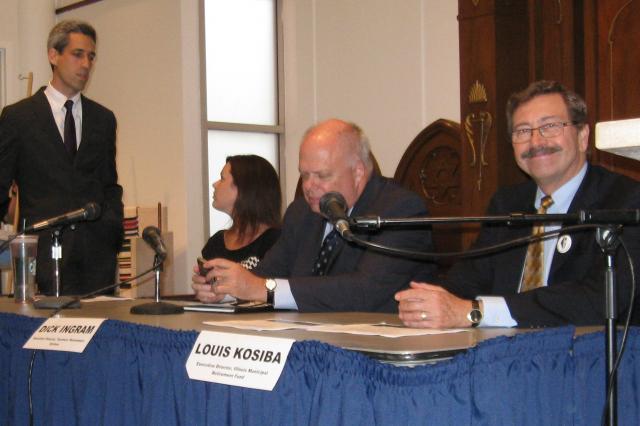 Biss, a freshman legislator who is now running for the 9th District Senate seat held by Jeffrey M. Schoenberg of Evanston, made it clear that any solution was likely to shift pension costs from the state to the local school districts (funded largely by property taxes), that teachers and other government employees would probably contribute more to their pensions, and that benefits were unlikely to keep pace with inflation.

Lindley, whose organization represents some 80 school districts, said her members were resigned to the fact that local districts were going to have to assume an increasing share of the employer’s pension costs, but she expressed the hope that the phase-in period would last from 10 to 15 years.

“The longer we can stretch this out, the better,” she said. She also advocated relief from unfunded state mandates that increase the budgets of local school districts. 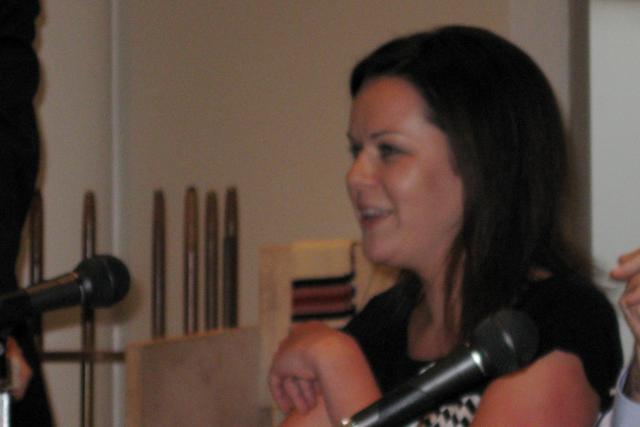 Lindley: "The longer we can stretch this out, the better."

Ingram, who runs the Teachers’ Retirement System, noted that in most states the local districts pay the entire share of the employers’ pension contribution, whereas in Illinois, the state assumes that obligation.
“We don’t care where (the money’s) coming from,” he said, “so long as we get it.”

Kosiba said that his fund assumes that its investments will average an annual return of 7.5 percent, although the actual returns vary widely due to ups and downs in the stock market. In 2008, when the market tanked, the fund actually lost nearly 25 percent of its assets. Since 1982, however, the average annual return has been 9.95 percent.

In response to a question from the audience, he said that his board feels that 7.5 percent is a reasonable expectation over the long term.

Biss had no apologies for his colleagues in the state legislature.

"The State of Illinois has not been a trustworthy actor for a long time," he said.

"We lied about what stuff costs. We set expectations that we could not meet," he declared.