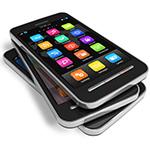 Evanston aldermen Monday night pulled a proposed set of revisions to the city's noise and other nuisance ordinances after several aldermen voiced concerns about various provisions.

The action followed publication of an Evanston Now story Monday morning that noted the ordinance would appear to require anyone wishing to use a smartphone outdoors to get a permit from the city.

Alderman Don Wilson, 4th Ward, said he was concerned that the ordinance wouldn't adequately address noise complaints that have come up in his neighborhood.

Alderman Coleen Burrus, 9th Ward, objected to a provision that would have banned amplified music at block parties.

And Alderman Mark Tendam, 6th Ward, said he was opposed to a different provision that would have lifted the city's ban on spitting on sidewalks.

Wilson said he would present a set of proposed revisions to the proposal at a future City Council meeting.

You got a permit for that smartphone?