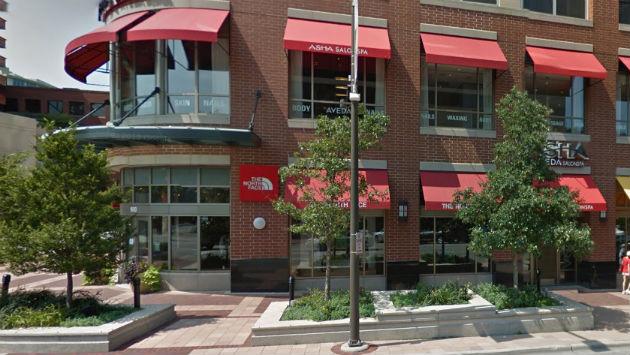 A downtown Evanston clothing store closed over the weekend.

The North Face, a national chain that had occupied the prominent corner location at 1600 Sherman Ave. in the Sherman Plaza development for several years, shuttered its Evanston store on Saturday.

The chain, which as described in a story in The Guardian this month, sells “the thrill of the wilderness to the urban masses,” now has retreated to just three outlets in Illinois — at Old Orchard in Skokie, on Michigan Avenue in Chicago and on Damen Avenue on Chicago’s north side.

North Face products, however, will still be available in Evanston, at the Uncle Dan’s Outdoor Store at 901 Church St.