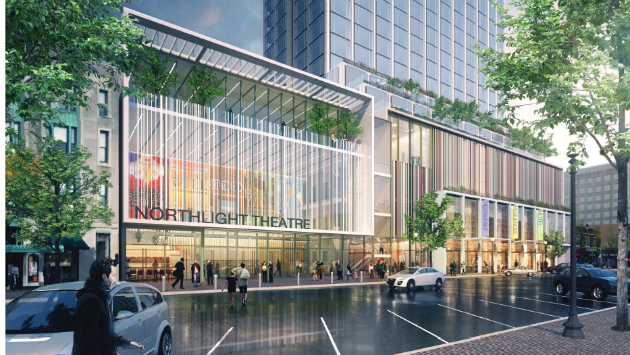 It was standing room only at a meeting Tuesday night to discuss the Northlight Theatre’s plan to move back to Evanston. 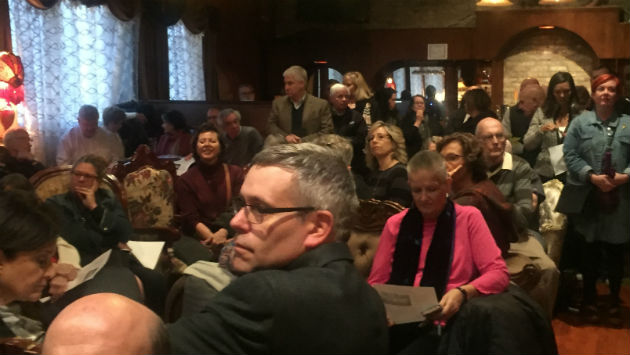 Crowd at 1012 Church Street, listening to plans for Northlight Theatre

Bringing back the theater itself appeared to have full support of those in attendance, however the proposal to tie it to a 395 foot tall tower had a fair share of critics.

Mayor Steve Hagerty hosted the forum at the new Bourbon and Brass Speakeasy at 1012 Church St. 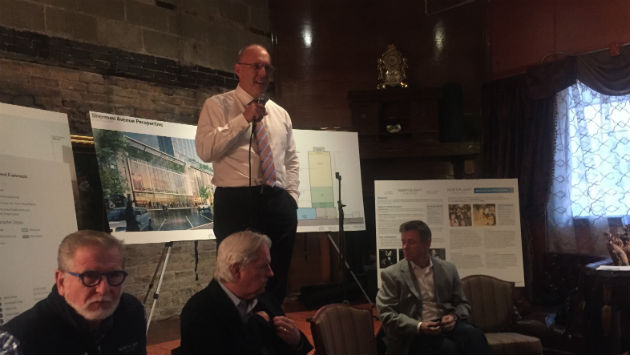 Farpoint Development has proposed the theater be built at street level in the 1700 block of Sherman Avenue. It would mean demolishing the current buildings which are home to local businesses including Alley Gallery, Campus Gear and Saville Flowers as well as chain stores The Gap and Mattress Firm.

Atop the theater would be five floors to house a boutique hotel and another 20 floors of top of that for rental apartment units.

Some residents decried the idea of tearing down more buildings they claim make Evanston unique and add to its character. Resident and restoration architect,Paul Janicki, who designed the planned 11-story office building at 1714 Chicago Ave., said Sherman Avenue proposal was environmentally disastrous and the theater should look instead at restoring an old building.

Others said Evanston needs to embrace change and that constructing taller buildings is the best way to increase revenue for the city as well as provide housing opportunities downtown.

When asked his feeling about the proposal, Mayor Hagerty said, “ I like the idea of having Northlight back here.Personally I’m concerned about the overall height of the development but I think its worthy of the conversation.” 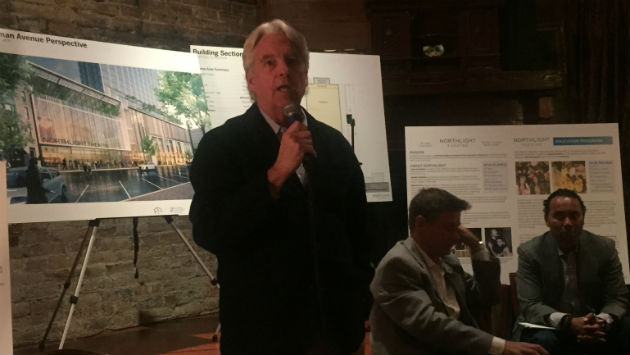 The Northlight proposal has not yet been formally presented to city officials. Northlight executive director, Tim Evans, says at this point they are still seeking community input.