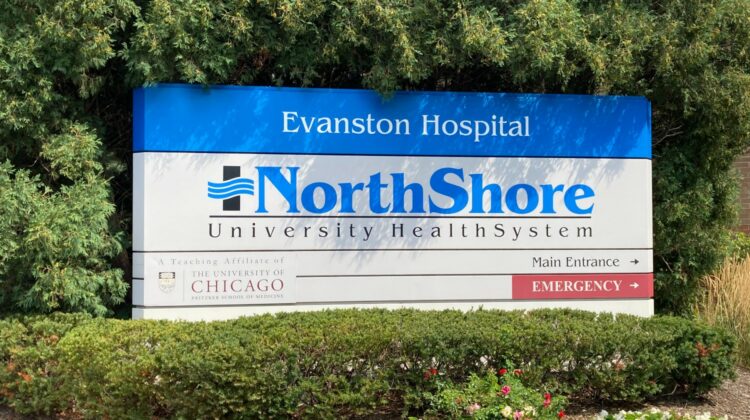 The combined operation will have nine hospitals — six from NorthShore, three from Edward-Elmhust — and 25,000 employees.

As part of the merger, the two organizations will each create a $100 million investment fund for their respective service areas. “The funds,” says a news release, “will be used to support partnerships with organizations working to enhance community health equity and well-being and advance local economic growth”

This will be the third combination/expansion for NorthShore since early 2020, following mergers with Swedish Covenant and Northwest Community Hospitals.

NorthShore spokesperson Colette Urban tells Evanston Now that a “new parent identity” will be determined for the combined operation, but no branding decision or timeline has been determined yet.

She adds that each local hospital is expected to retain its current identity.

NorthShore’s hospitals are primarily in the north and northwest suburbs. Edward-Elmhust’s facilities are in south and southwest suburban areas.

The merger is expected to close later this year, pending regulatory review and approval.