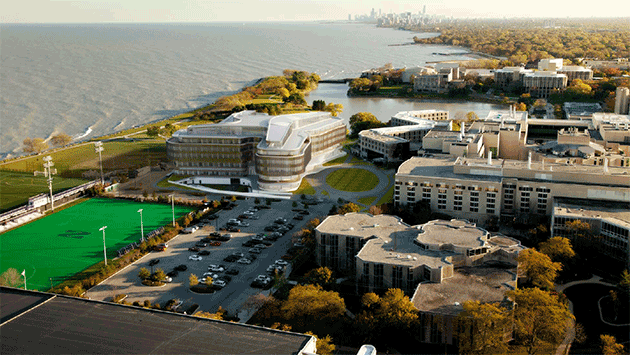 Northwestern University today announced a $3.75 billion fundraising initiative called “We Will. The Campaign for Northwestern.”

The campaign goal is more than twice the $1.55 billion raised during the school's last major campaign from 1998 to 2003 and is described by the Chicago Tribune as the largest ever in the Chicago area.

The campaign is designed to help finance several already-announced building projects on campus — including some already under construction. In Evanston, they include:

The construction projects will also include a biomedical research building on the Chicago campus.

“This monumental campaign seeks to amplify Northwestern’s local and global impact — in everything from breakthrough research discoveries to innovations in creative expression to preparing the global leaders of tomorrow,” Schapiro said in a statement. “We will unite as a university community to build an even better Northwestern and to address society’s most critical challenges.”

The university also hopes to broaden its base of annual support among alumni, parents and friends — with a target of 140,995 donors. So far 85,832 donors have made a gift during the campaign's early phase.

“The extraordinary early support for the Campaign reflects how well our bold vision for the future is resonating with our alumni, parents and friends,” Schapiro said.

Along with the formal announcement of the campaign today, NU unveiled new leadership gifts to it, including: