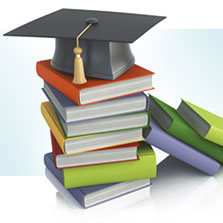 Northwestern University failed to make a new list of the most expensive colleges released by the U.S. Department of Education today — but not by much.

Among the five percent of private, non-profit four-year schools included on the federal high-cost list, the lowest charge for tuition and fees for the 2009-10 school year was the $38,630 charged by Lehigh University in Pennsylvania.

Sixty-three schools charged more than that. Evanston-based Northwestern managed to come in just under the threshold with tuition and fees for 2009-10 of $38,463.

The only Chicago-area school that did make the list was the University of Chicago, which charged $39,381.

Northwestern also failed to make the list for the most expensive net price after subtracting financial aid.

There the threshold for inclusion on the most expensive 5 percent list among private, non-profit four-year schools was the $29,533 charged by Western New England College.

The net cost figure only includes students who qualified for some form of financial aid.

Naughty and nice on college price (Inside Higher Ed)